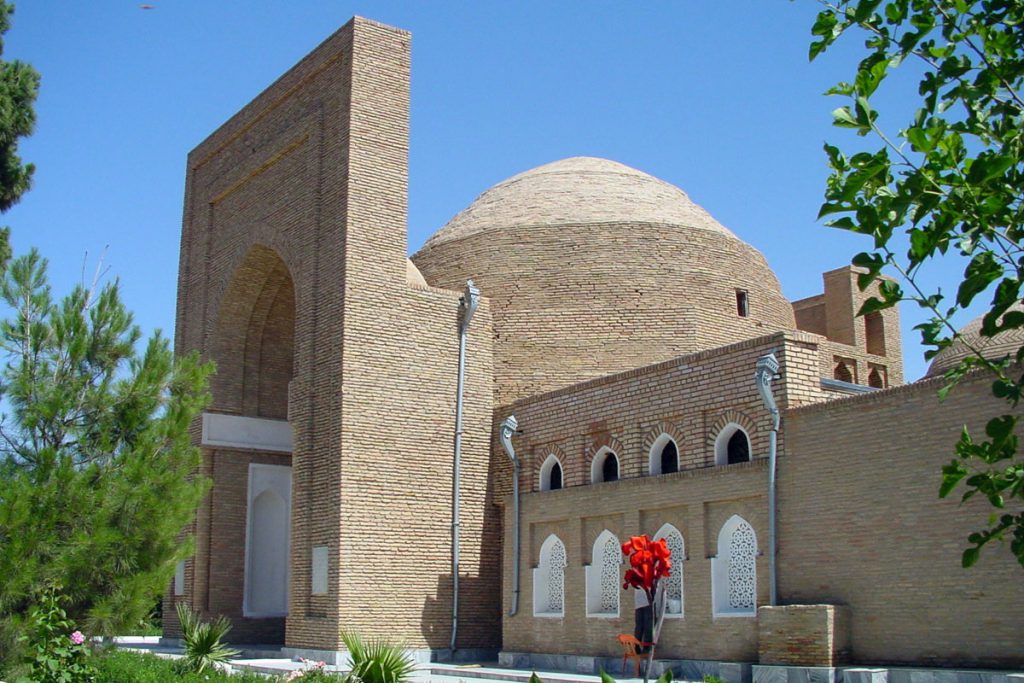 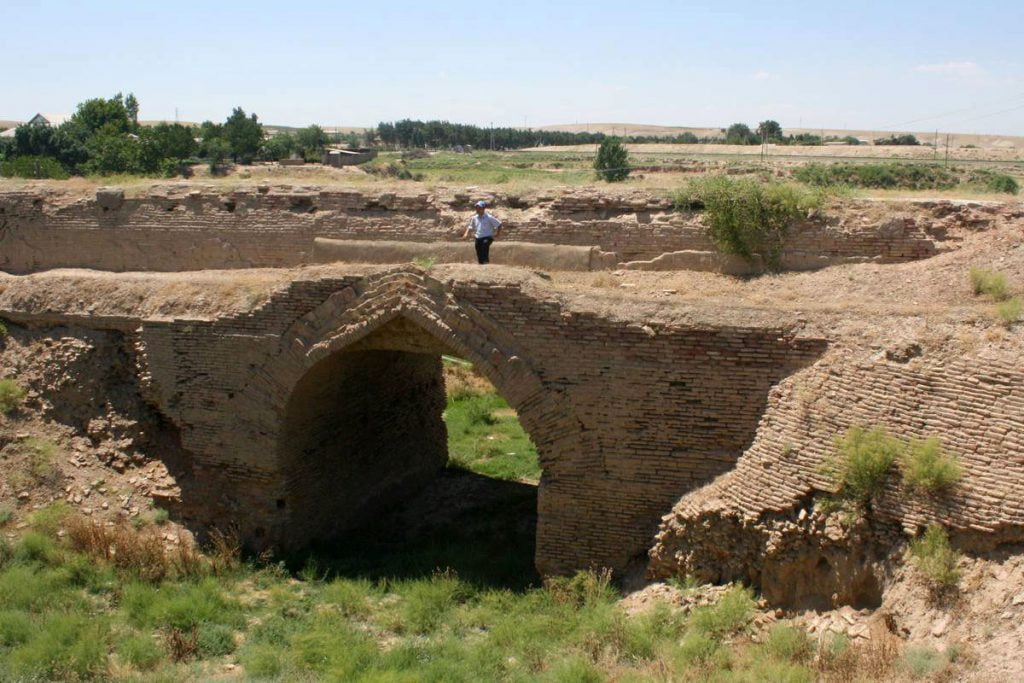 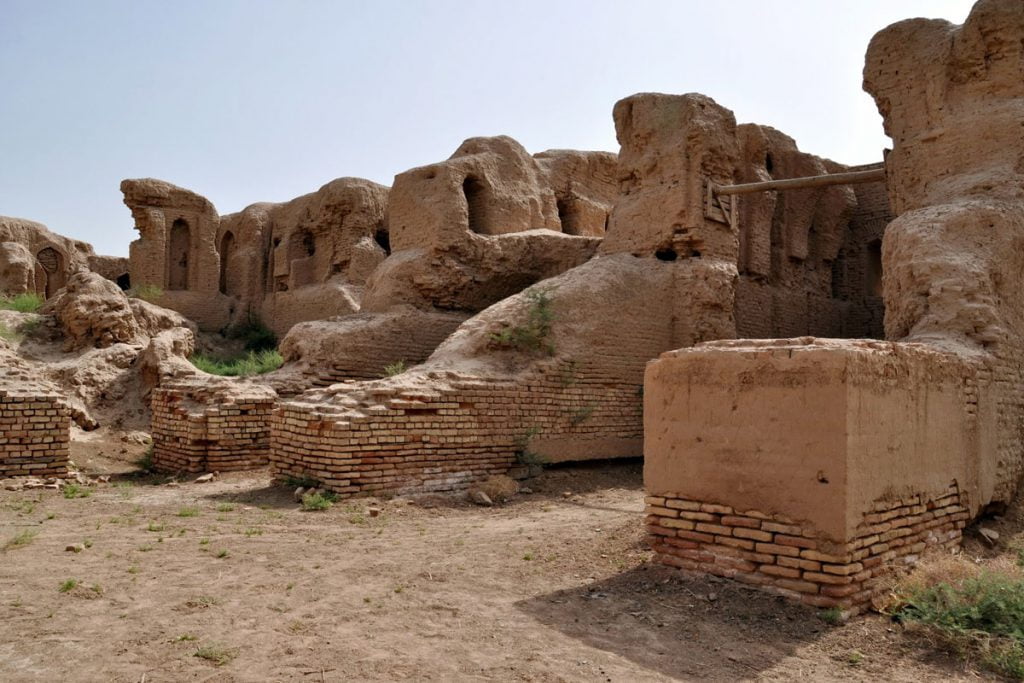 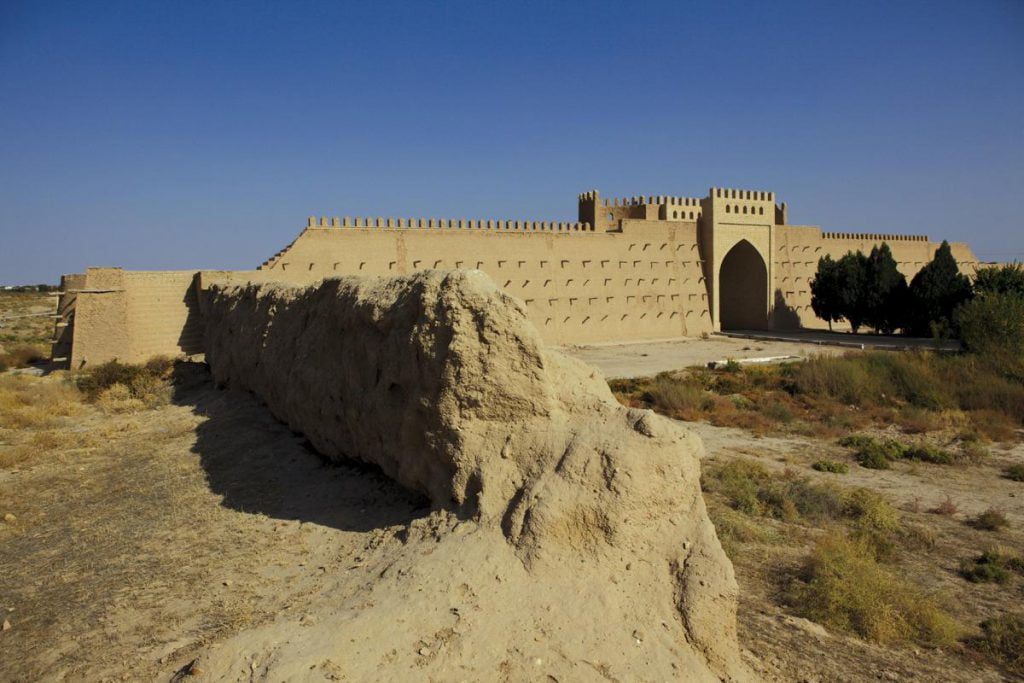 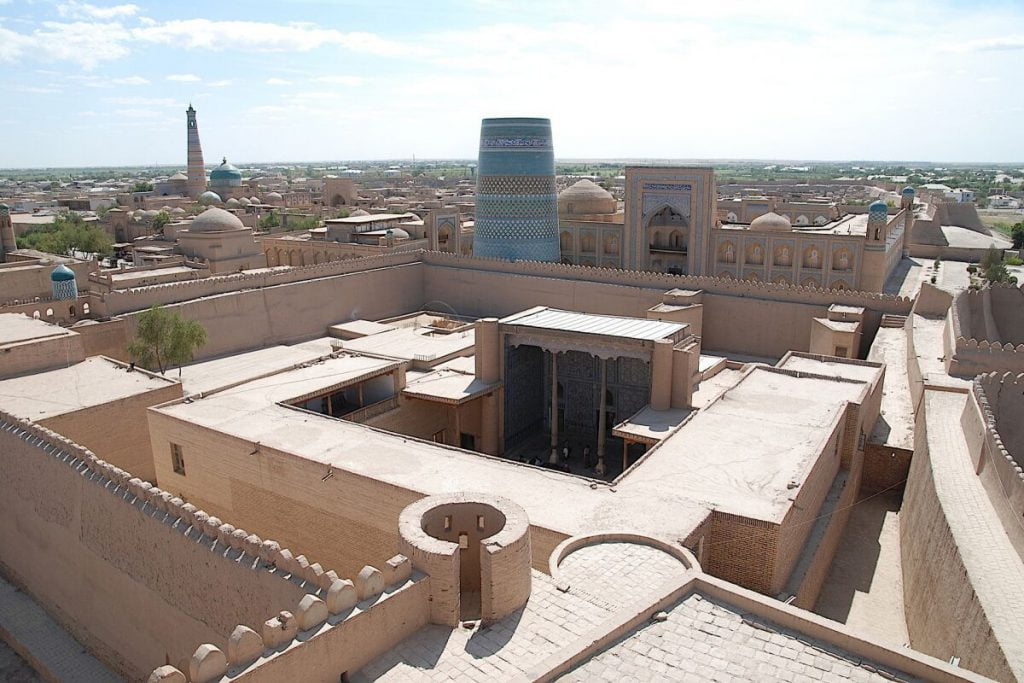 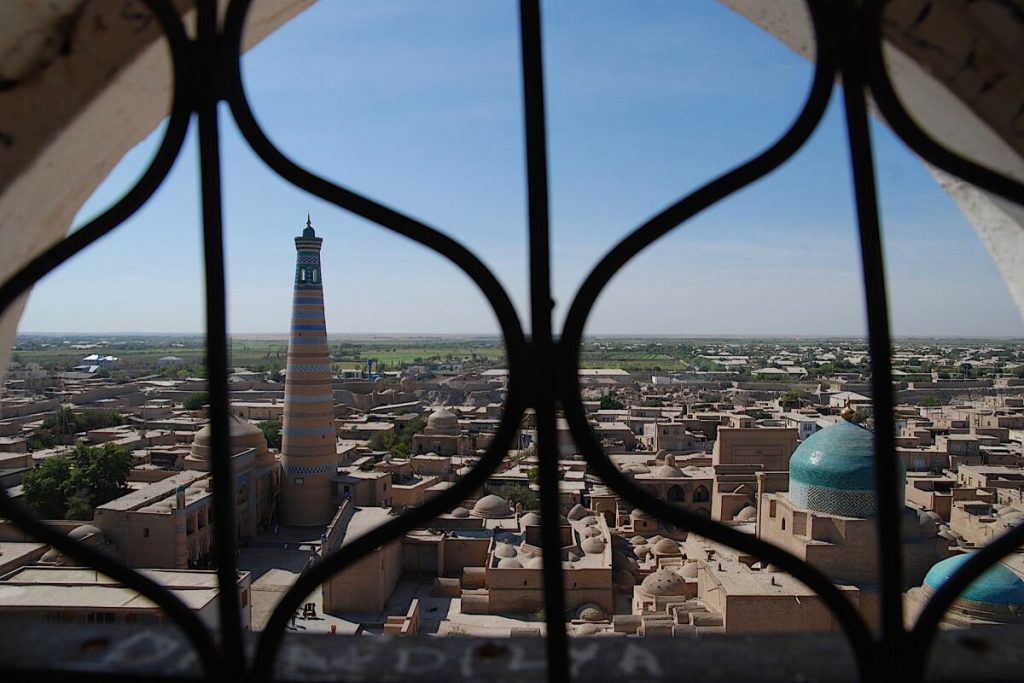 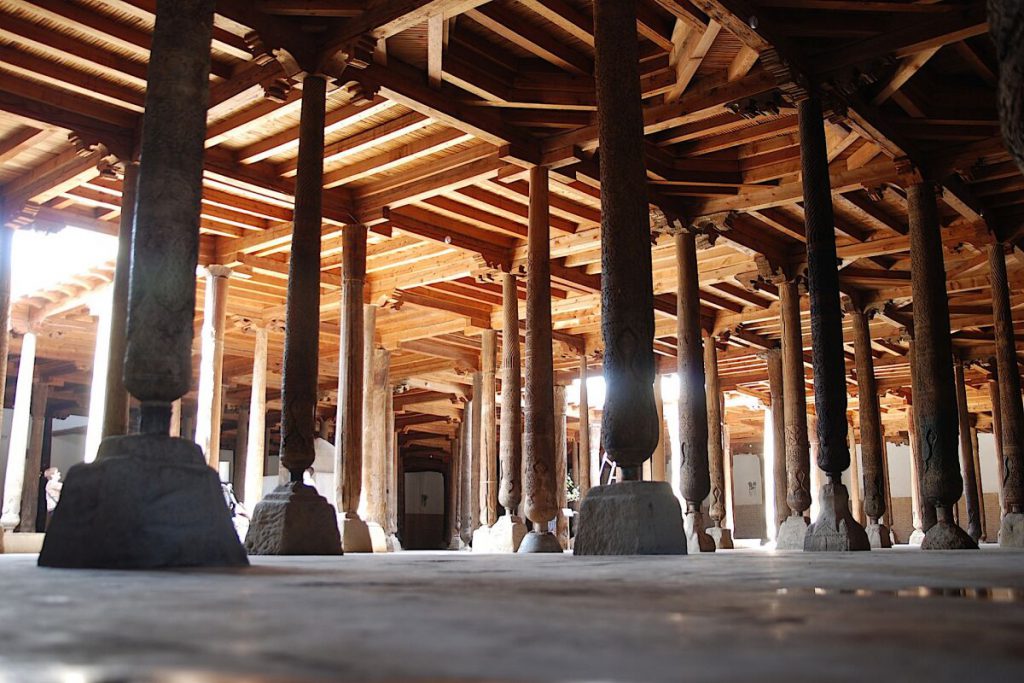 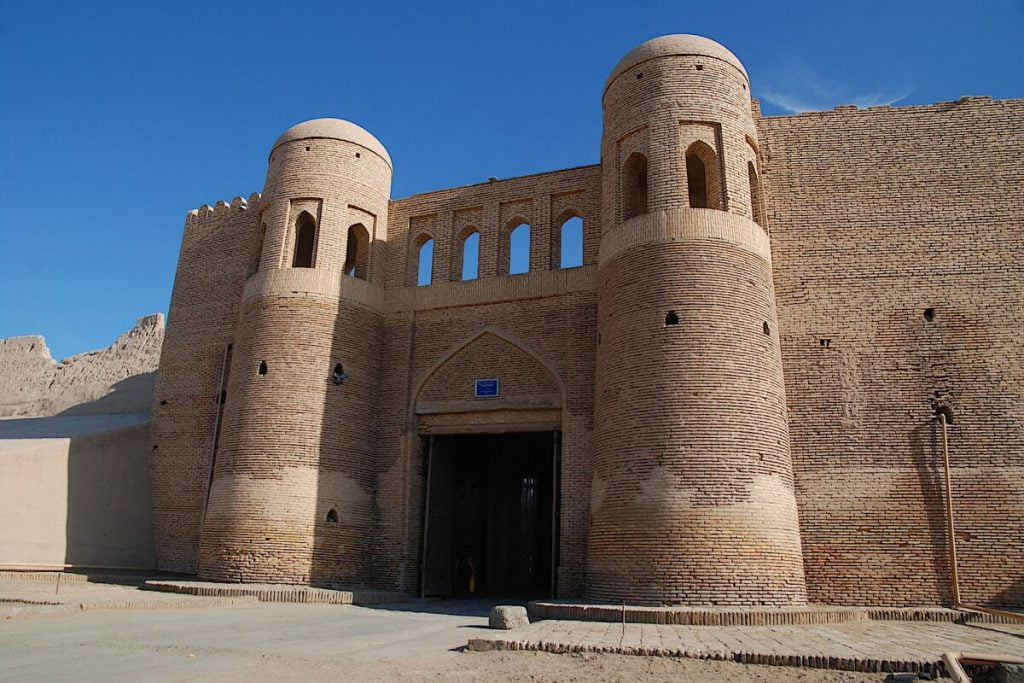 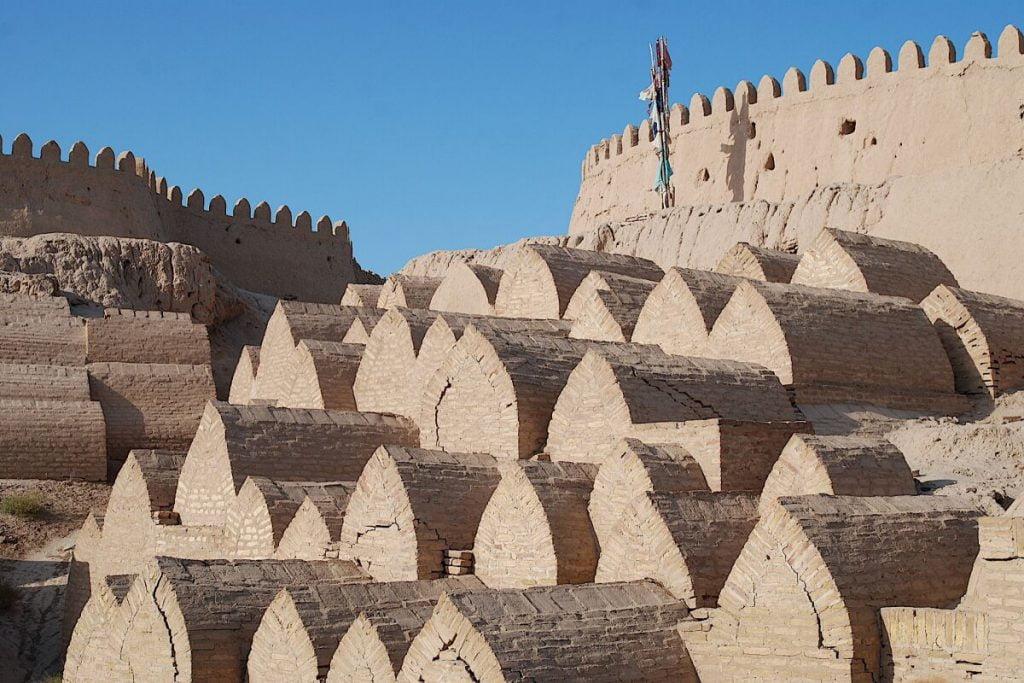 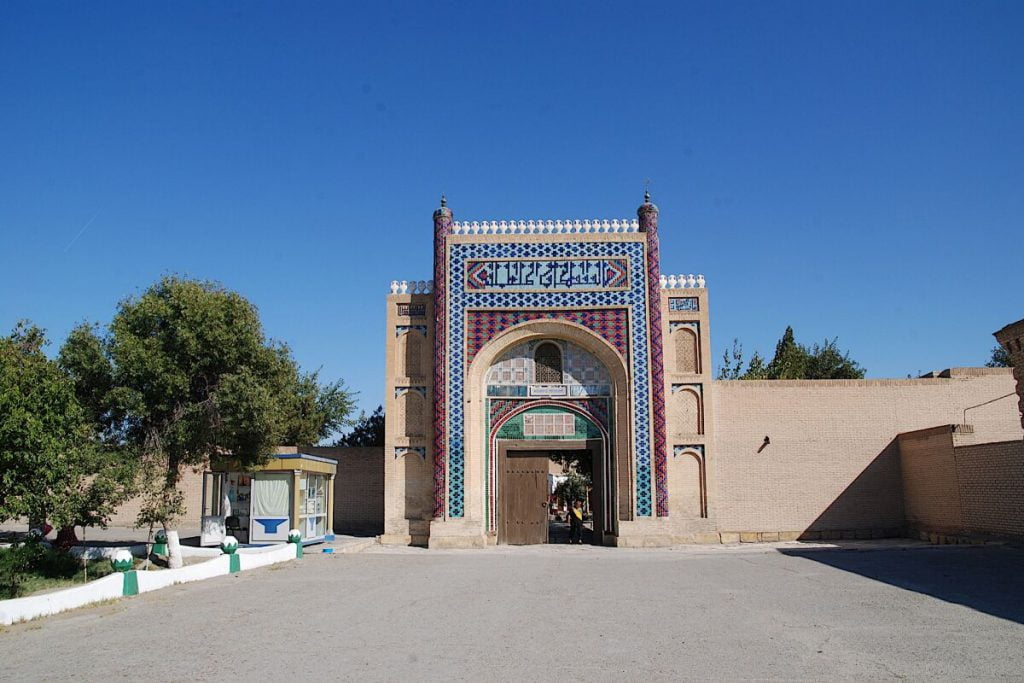 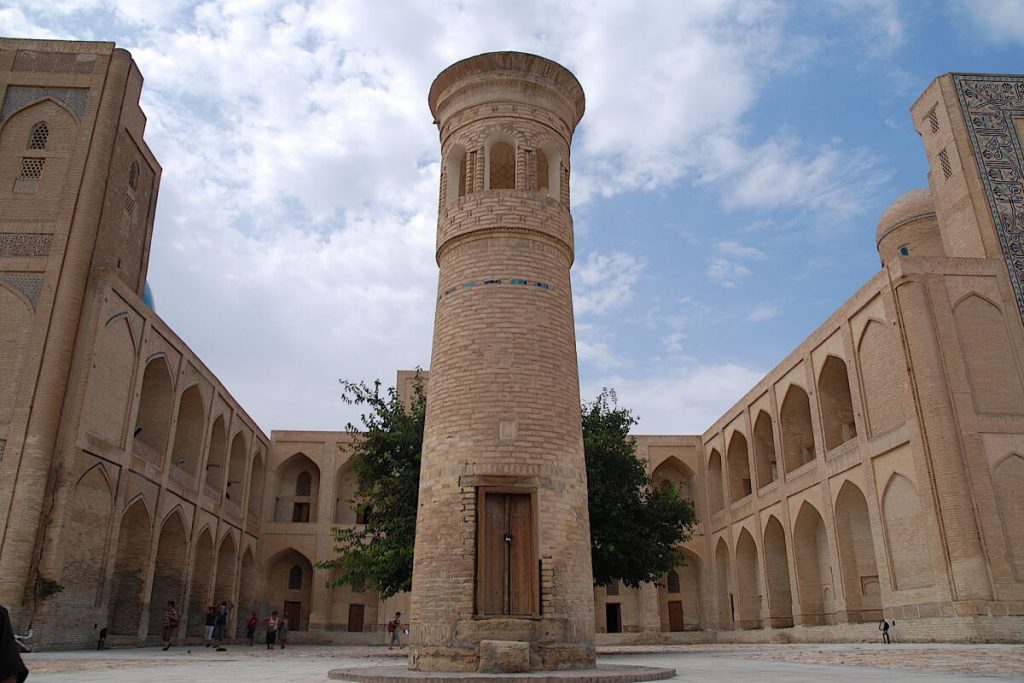 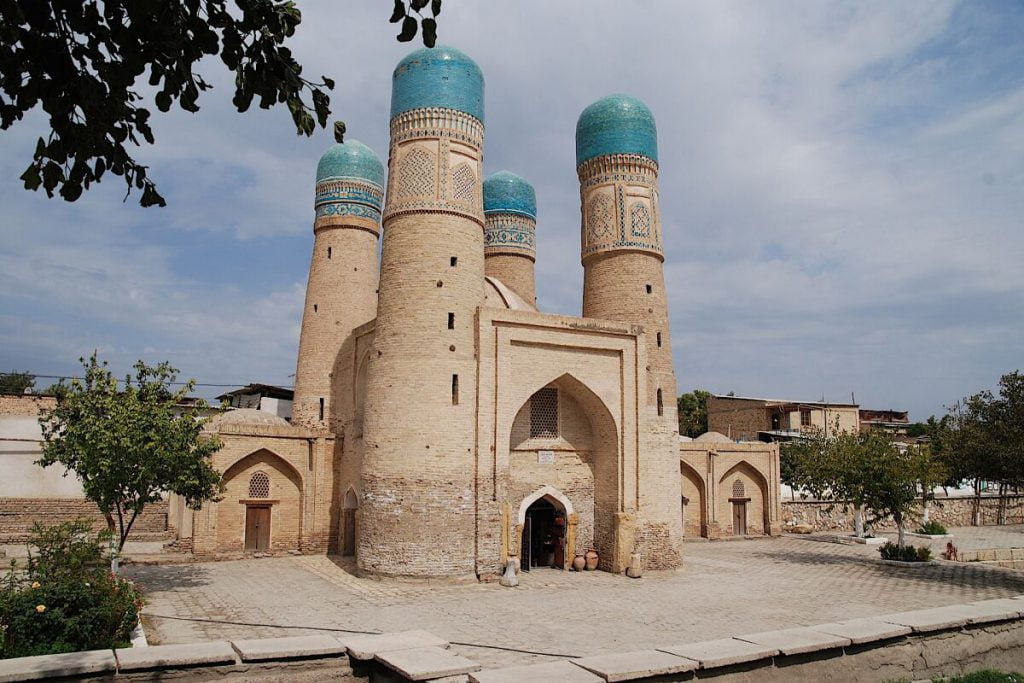 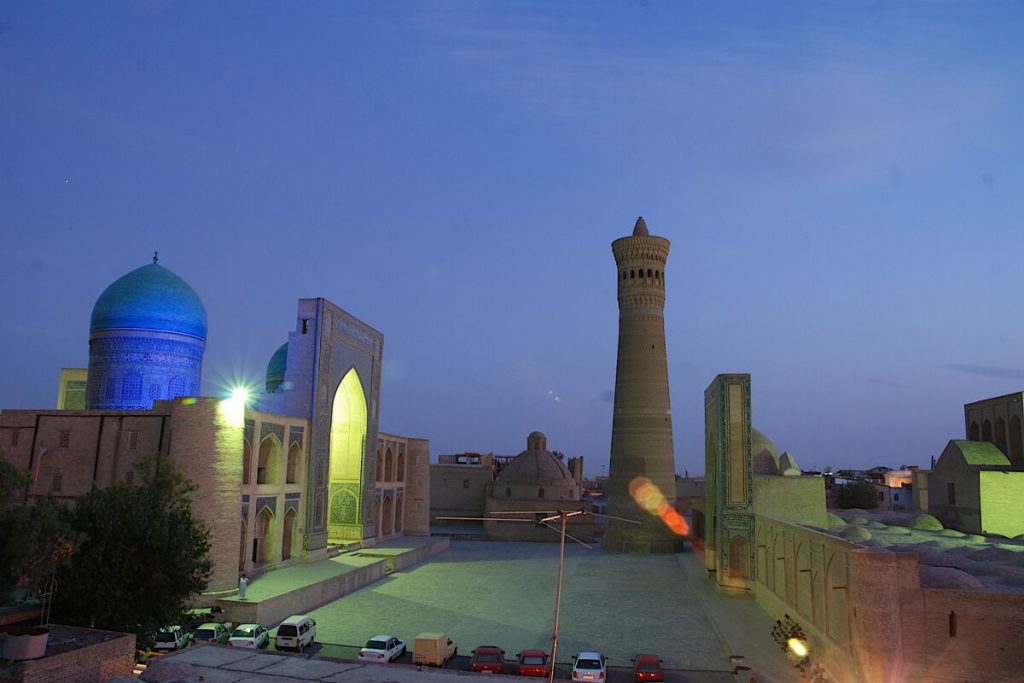 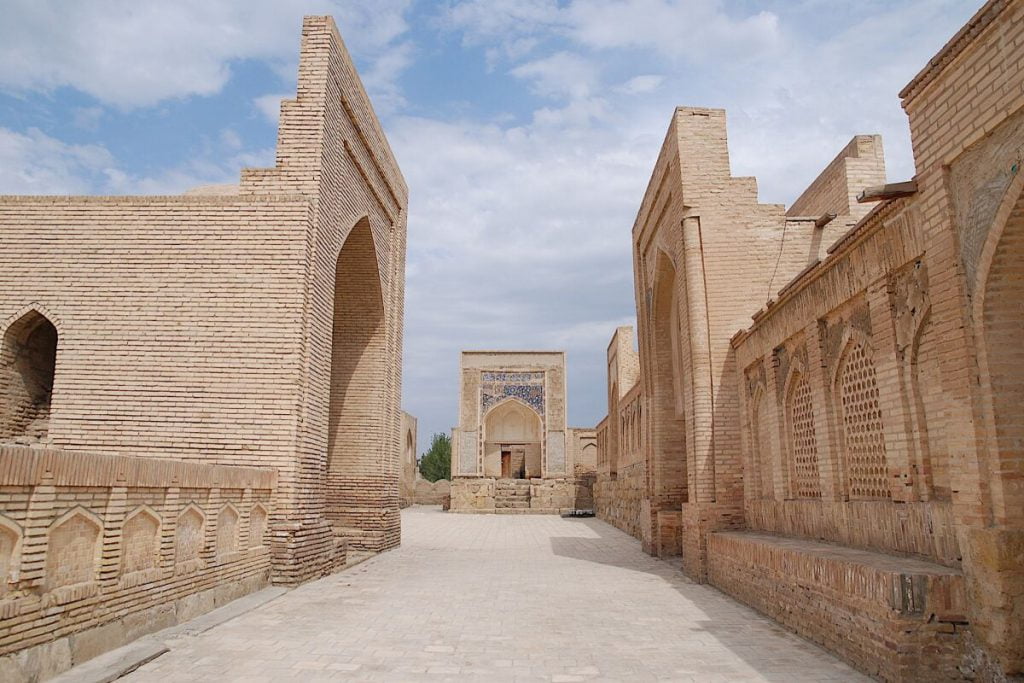 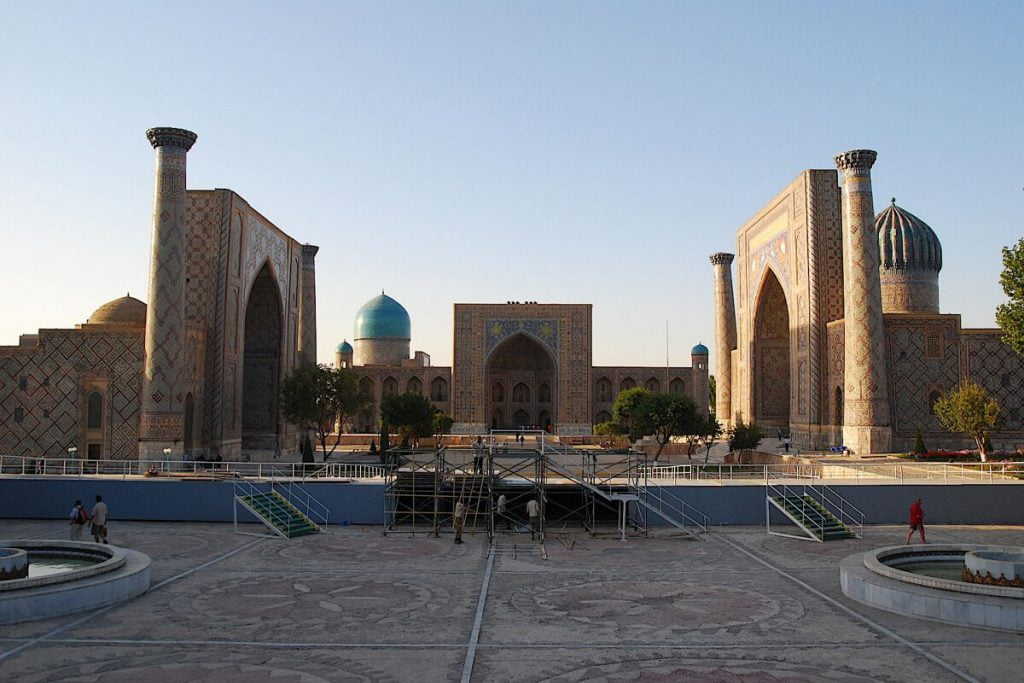 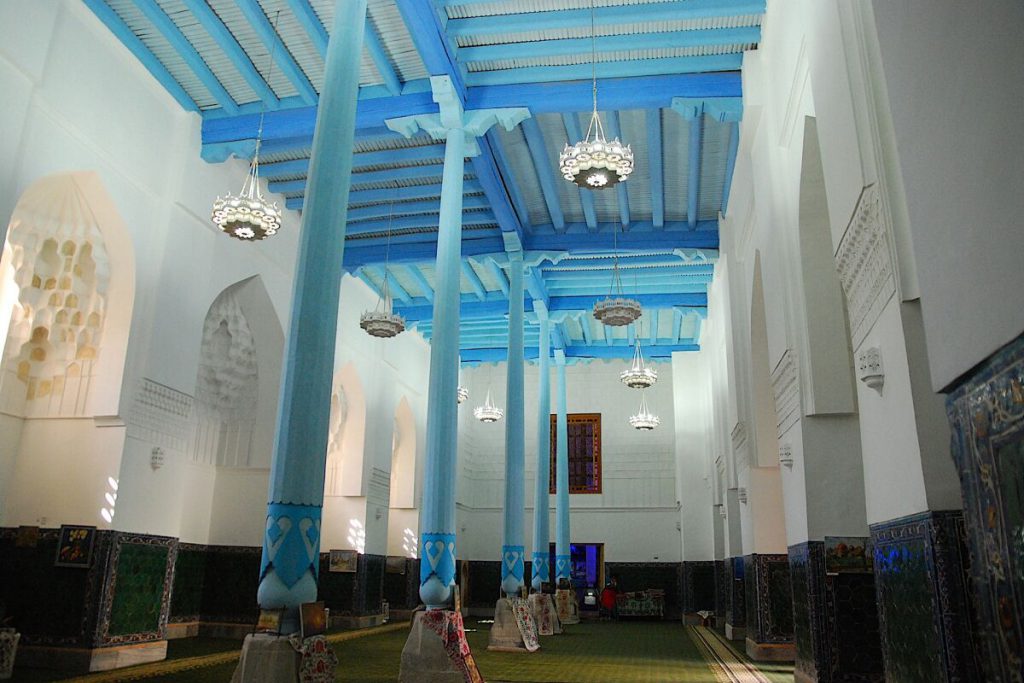 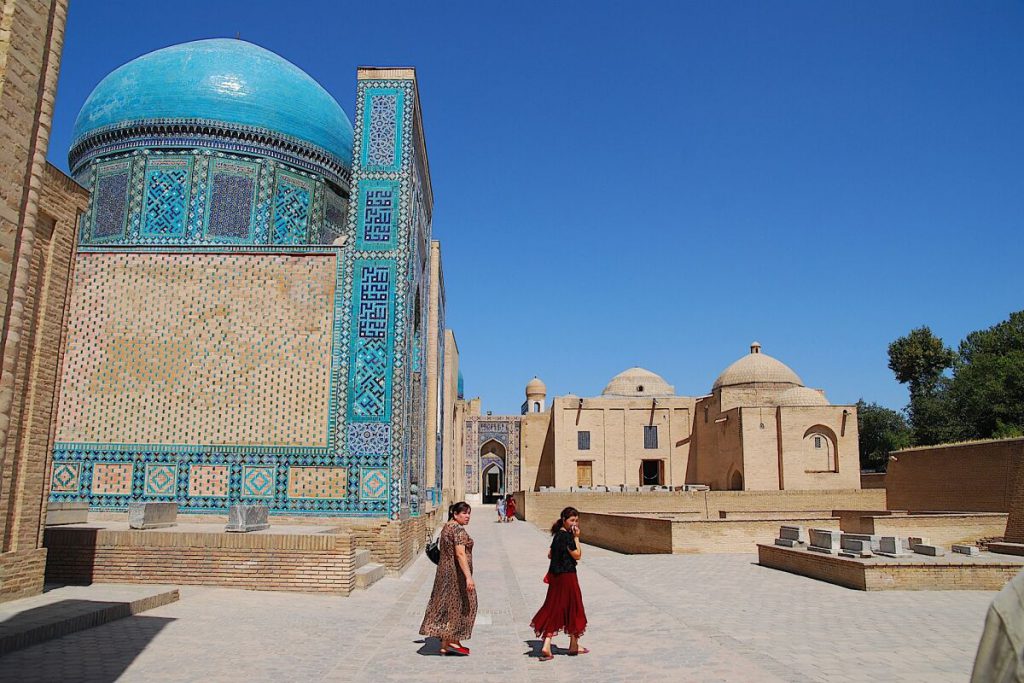 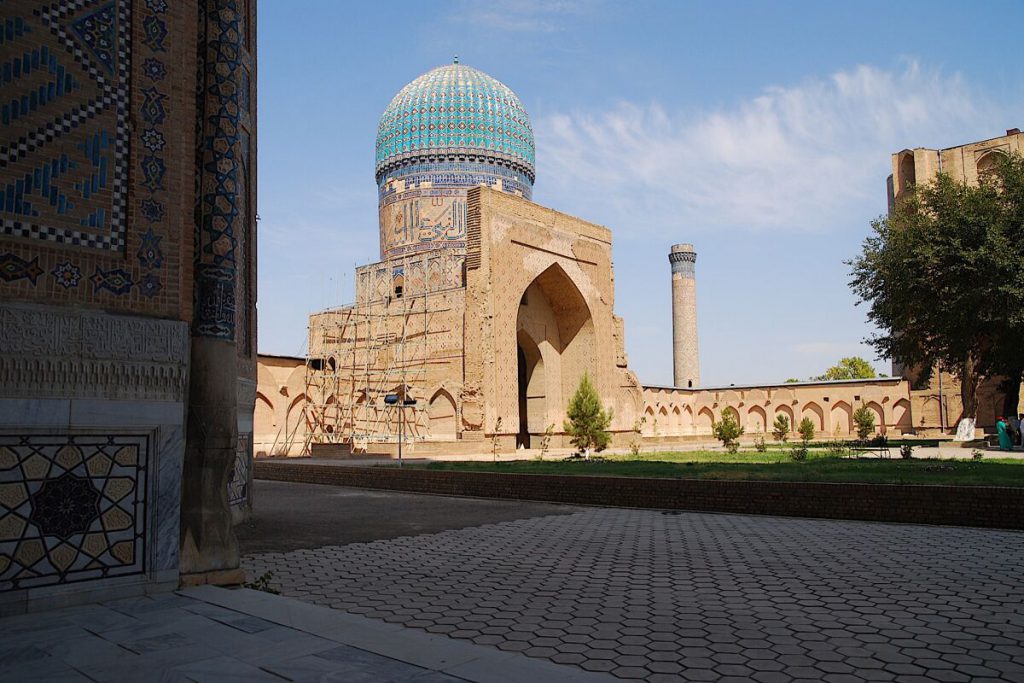 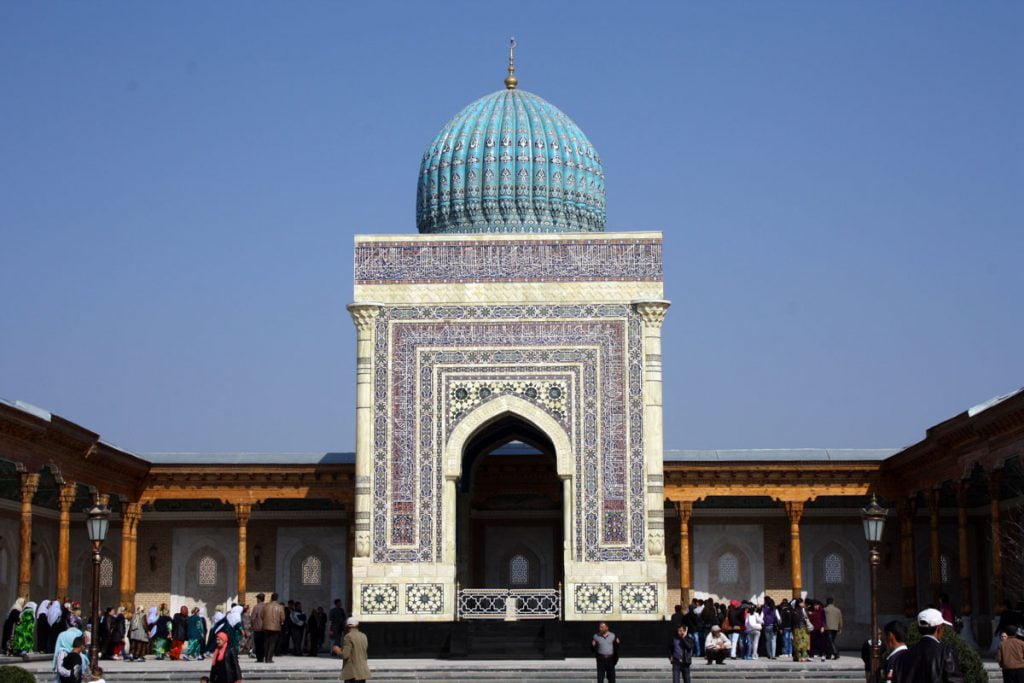 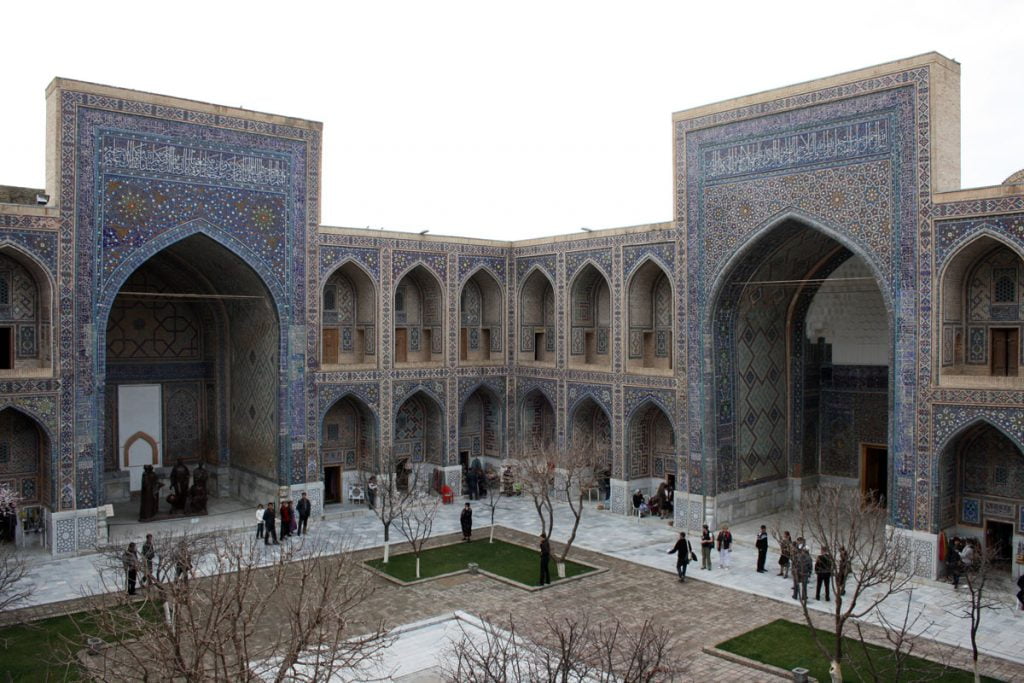 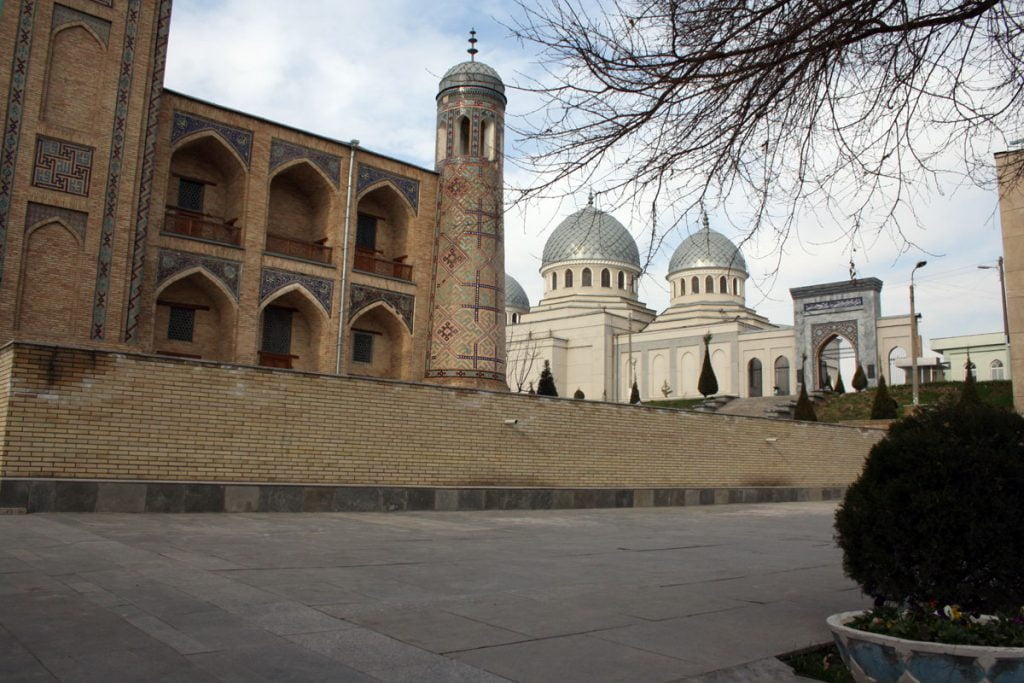 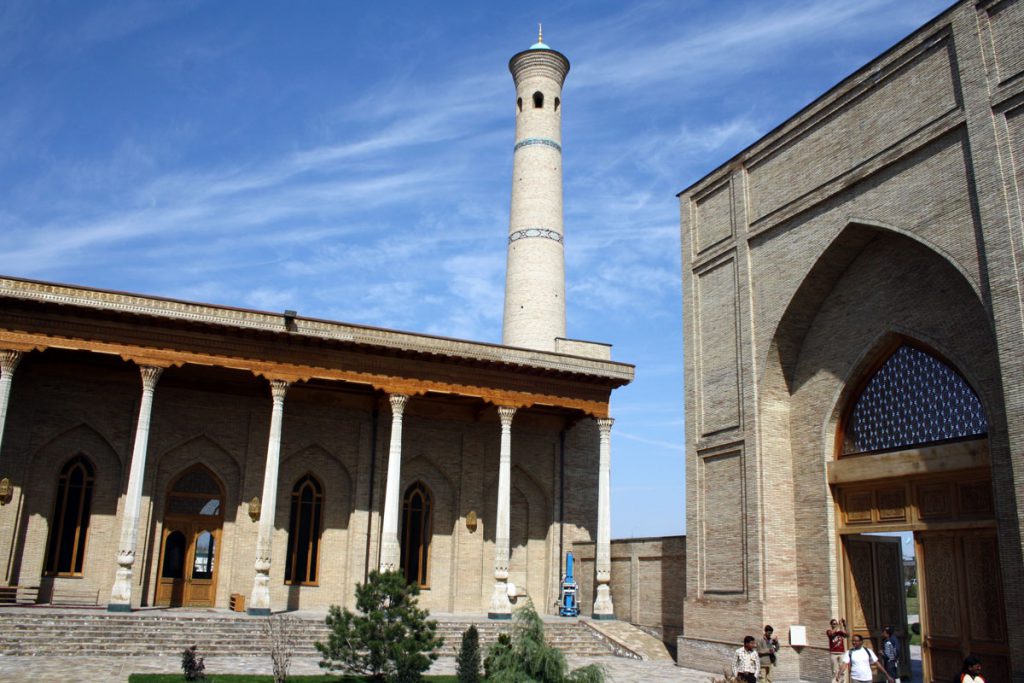 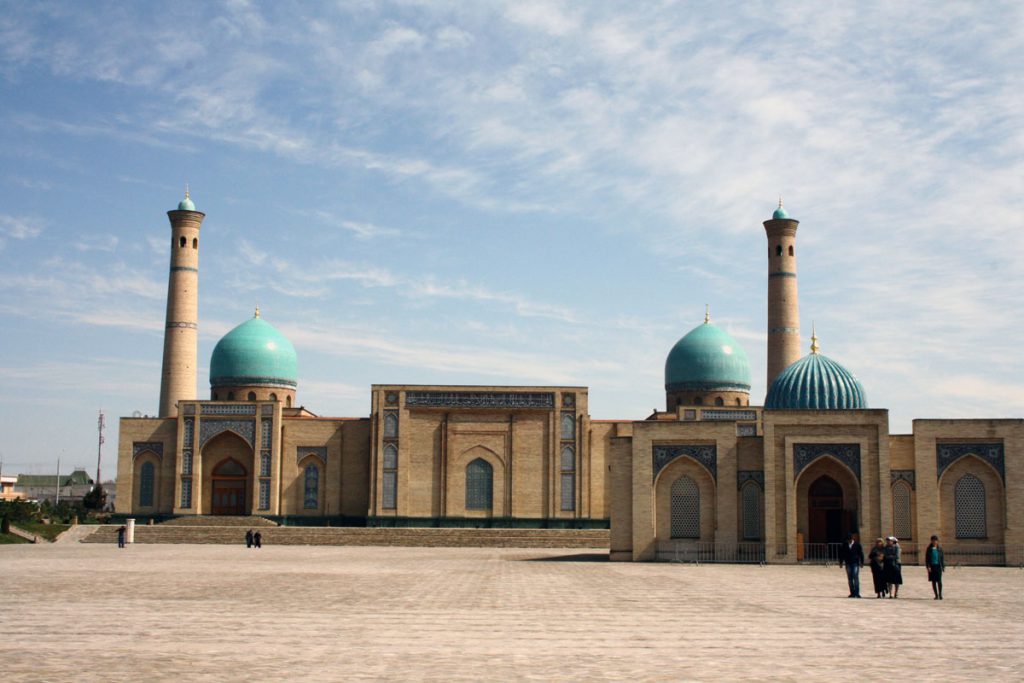 For centuries, Uzbekistan lay at the crossroads of the trade routes of the Great Silk Road, followed by merchants and pioneers, geographers and missionaries, invaders and conquerors. Today Uzbekistan is an attractive destination for enterprising people interested in culture and history, traditions and exotic countries. Uzbekistan is proud of its architectural monuments, which have been preserved since the time of our ancestors. The Ichan-Kala complex in Khiva as well as the historical centers of Bukhara, Shakhrisabz and Samarkand are on a special UNESCO list – the “World Cultural Heritage”. Unique monuments and architectural constructions in these cities are the reflection of an epoch that has played an important role in the country’s history. Uzbekistan Round Trip, experience the world famous cities of Uzbekistan and Southern Uzbekistan with the historic city of Termez with its mountainous regions. Visit the Buddhist and ancient ruins of the historic city of Termez. Alexander the Great once crossed the Oxus (Amudaryo) here (327 BC).

The traditions and customs of the Uzbek people living at the crossroads of the Great Silk Road have developed over many centuries through the interaction of the rituals of the Zoroastrian, Sogdian, Bactrian and nomadic tribes and under the influence of Islamic traditions.

Over the centuries, the traditions and customs of the people of Uzbekistan have remained largely unchanged despite the desire of numerous invaders to introduce a foreign culture alien to the Uzbeks. The Arabs, who spread the religion of Islam throughout Central Asia, had the greatest influence on the development of the customs and traditions of the Uzbek people. The traditions of Islam were closely intertwined with pre-Islamic beliefs and traditions, with the local culture and were firmly rooted in the everyday life and consciousness of the Uzbek people.

On their Uzbekistan Round Trip, visitors can not only see the architectural jewels of the country, but also take part in the celebration of national holidays. (For example, the New Year in Navruz is a spring festival celebrated on the day of the equinox on March 21).

Day 4: Samarkand – on the Trail of Temur’s Treasure

Day 5: Samarkand – on the Trail of Temur’s Treasure

Day 6: Al-Bukhari – one of the holy Places of the Muslims

Day 7: Bukhara – Pearl of the Orient

Day 8: Bukhara – Pearl of the Orient

Day 9: Through the Red Wonder

Day 13: Early Morning Transfer to the Airport and Departure

Arrival in Tashkent. Transfer to the hotel. Overnight stay in a 4-star hotel.

After breakfast we fly to Termiz. The city is situated on the bank of the river Amudarya, which separates Uzbekistan from Afghanistan. Termez, founded more than 2500 years ago, is one of the oldest cities in the World. The city became under the rule of Kushan (1st/2nd century A.D.) the center of the Buddhist culture, from which we can still visit today like Zurmala Tower and Kara-Tepe Monastery. From the 12th to the 17th century the Sultan-Saodat Complex was built, which includes several Mausoleums. We will visit Hakim at-Termizi Complex (at-Tirmizi is the greatest representative of Central Asian Sufism and author of about eighty works. For the depth of his knowledge and the breadth of his horizons he was given the honorable nickname Al-Hakim – sage). We also visit Kirk-Kiz Palace and Archeological Museum. Dinner at the local restaurant. Overnight stay in a 4-star hotel.

After breakfast we drive to Shakhrisabz (330 km), the birthplace of Amir Temur (known in the West as Tamerlan). The city was already known Alexander the Great as Nautaca. Under the Amir Temur the city (XIV century), at that time still Kesh, attained world-wide fame and received the name Shakhrisabz. There we visit the summer palace of the ruler “Ak Saray” (White Palace, 1380-1405). The 65 meter high palace ruins give us an approximate idea of the height and dimension of the palace at that time. “Ak Saray” was included in the UNESCO World Heritage List. We also visit Kok Gumbaz Mosque, Darus Soadat Complex and the Jahongir (Jahongir) Mausoleum. Dinner at the local restaurant. Overnight stay in 3-star hotel.

After breakfast we drive to Samarkand and check into the hotel. Samarkand (353 347 inhabitants, as of January 1, 2008) has also been declared a World Heritage Site by UNESCO. The history of the city goes back over 2500 years. Visitors are fascinated by the walls of the legendary Afrasiyab, the capital of the ancient empire Sogd (9th century B.C.), which can still be found in the north of Samarkand today. Not for nothing Samarkand is called a jewel of the earth. Our journey in Samarkand begins at the famous Registan (sand place), whose construction was already started during the Timurid period and completed in the following three hundred years. Sightseeing of three Medressen of the Registan – the Ulugbek-Medresse (built 1417-1420), the Sher-Dor-Medresse (1619 – 1636) and the Tillo-Kori-Medresse (1646 – 1660). For lunch you will be offered traditional Uzbek dish Pilav (we guarantee halal food). Depending on your wishes you can also order something else (our recommendation: try at least once the traditional dish Pilav in Samarkand, it is only prepared for lunch). In the afternoon we visit the legendary Timurid mausoleum Guri Amir (XIV-XV century). Dinner with an Uzbek family. Overnight stay in 3-star hotel.

Breakfast at hotel. Near the Siyab bazaar there is an ensemble of Shohi-Zinda (the living king, “IX.-XIV century), one of the world’s most famous group of mausoleums, which fasinate you with its beautiful architecture. Next we will visit the famous Ulugbek Observatory (1428-1429 which was built on one of the hills of Chupanata). The observatory was a unique design in his time. Dinner at a local restaurant. Overnight stay in 3-star hotel.

After breakfast visit of the architectural ensemble of Imam Ismael al Bukhari Mosque and Mausoleum. Imam al Bukhari Mausoleum, one of the most important Muslim sites. As a young man, Imam al-Bukhari (810-870) began to travel in the Muslim World to collect the oral traditions of Hadith (exemplary sayings and actions of the Prophet Mohammed). Of the more than 600,000 traditions collected by al-Bukhari, about 7,275 have been compiled with complete genealogies of the transmitters dating back to the Prophet in a work he entitled Al-Sahih (Arabic: the genuine). For Sunni Muslims, this work is one of their six recognized hadith collections. The mausoleum is located outside the city, 30 km north of Samarkand. In the afternoon we drive to Bukhara (270 km). Dinner at a local Restaurant. Overnight stay in a 3-star hotel.

After Breakfast we will drive to Bukhara (480 km). While driving through the Desert Kysyl-Kum (Red Sand) you experience the unique expanse of desert landscape in Central Asia. The Kysyl-Kum Desert is about 200 000 square kilometres and it partly lies in the territories of Turkmenistan, Uzbekistan and Kazakhstan. It is covered with red sand from which the Name of the Desert derives. On the way to Bukhara we make a short stop at the teahouse “Bukhoro-i-Sharif”, where you can have lunch or just relax and drink tea. Dinner at a local Restaurant in Khiva. Overnight stay in a 3-star hotel.

After Breakfast we will visit the historical city “Ichan Qala”. Dinner with live folklore Music in the old city Ichan Kala. Overnight stay in a 3-star hotel.

After Breakfast we will visit the historical city “Ichan Qala”. Dinner at the local restaurant. Transfer to the Airport in Urgench (35 km). Flight: Urgench – Tashkent. Overnight stay in a 4-star hotel.

After breakfast city tour in Tashkent. Tashkent , the capital of the Republic of Uzbekistan, lies in the northeast of Uzbekistan and is with over two million people the largest metropolis in Central Asia . While visiting historical sights of the Capital, you can also enjoy the modern side of the city. The city offers modern Hotels, Restaurants, Theatres, Cinemas, Operas, Disco, Oriental Bazaars, of course also a thousand years old History to look back on. During the city tour we will visit Barak Khan Medrasah (building ensemble from the 15-17 c.), the Kaffal Shashi Mausoleum (built in the 16 c. and rebuilt in the 19 c.), the mosque Khojah Akhror (1404-1490, Khojah Akhror was a Sheikh of the Naqshbandi Order). Afterwards we will visit the Medrese Kukaldosh (16th century), the traditional Chorsu-Bazaar . Dinner at a local restaurant. Overnight stay in a 4-star hotel.

Day 13
Early Morning Transfer to the Airport and Departure (-/-/-)

$ 2,340 You have group discount in this trip.Group Discount

Uzbekistan and Turkmenistan – Fergana to Ashgabat

$ 1,595 You have group discount in this trip.Group Discount

Uzbekistan – Along the Silk Road

$ 1,535 You have group discount in this trip.Group Discount