329-327 B.C. After the conquest of Sogdia and Bactria, Alexander the Great married Roxana, the daughter of the native ruler of Bactria. The resistance against the invaders was fierce, which forced Alexander’s army to stay in the area for a long time.

The heyday of the historical Khorezm begins in the IV century AD. From 305 to 995 AD the Khorezm Empire was ruled by the Afrigid Dynasty.

In VI-VII century a part of the territory of today’s Uzbekistan belonged to the Sogdia and Bactria empires, which were later dependent on the Turkic Kaganat and the Sassanid Empire. After the Arab conquest of the region it was a part of the Arab caliphate. From the second quarter of the ninth century the territory of today’s Uzbekistan became part of the Samanid Empire. The Samanid Empire includes the territories of Mawara’unnahr and Khorasan. During the Samanid rule the foundations of state administration (ministries) were formed, which existed until the early tenth century. At that time, the region experienced a flourishing period of science, culture and poetry. At the end of the X. At the end of the X century the Samanid Empire came under the pressure of the Turkish nomads – Qarakhanids and Ghaznavids. During the heyday of the Ghaznavid Empire, its rulers encouraged the development of science and culture. Outstanding scientists and poets (Al-Beruni, Abu-l-Fazl Beyhaki, Gardizi, Firdousi and others) lived and worked at the court of Ghaznavids.

Amir Temur (Tamerlan) (1336-1405) ruled in the fourteenth century. In his military campaigns, Amir Temur (Tamerlan) considerably expanded his territory and conquered many neighboring regions, including Persia, Asia Minor, Northern India, Transcaucasia, the eastern Desht-i-Kipchak and others. The capital of the empire of Amir Temur (Tamerlan) was Samarkand. During the era of the Temurids, the science and culture of the region flourished. 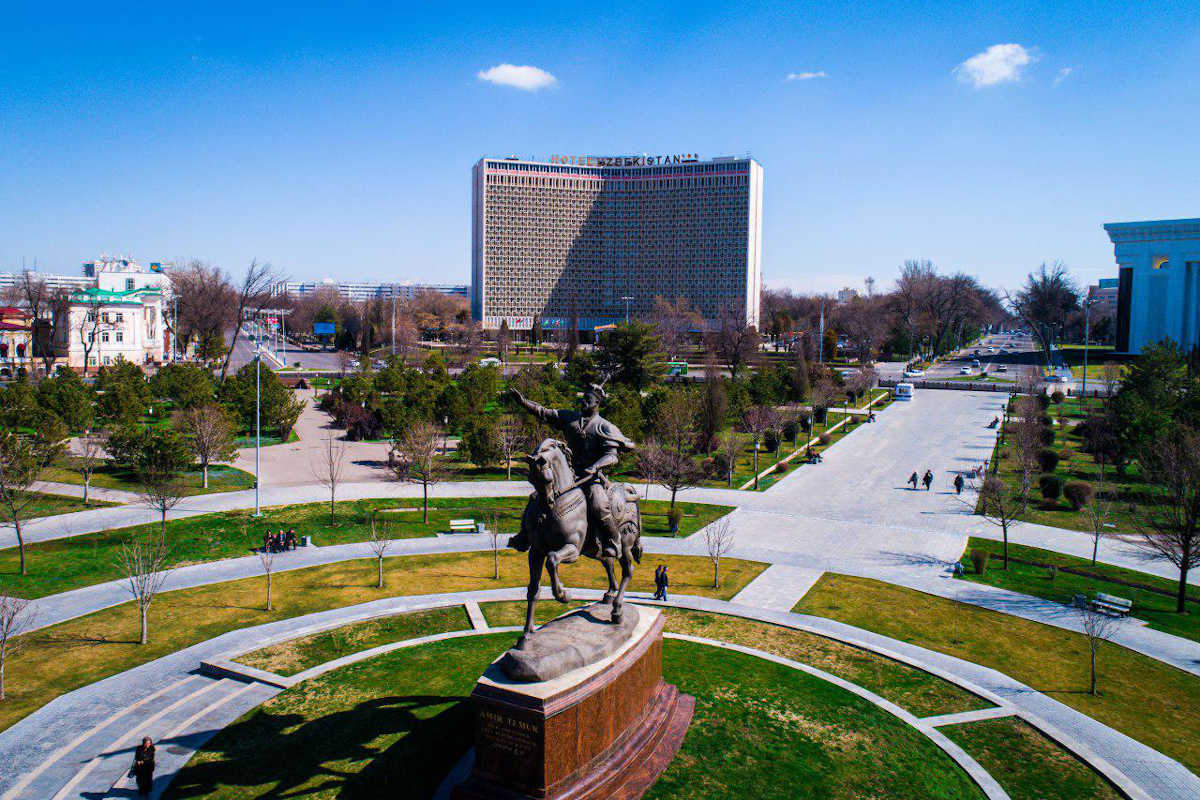 In 1499 the steppes of Desht-i-Kipchak were conquered by the troops of Muhammad Shaybani Khan, an Uzbek Khan, the founder of the Bukhara Khanate. He was the son of the Shahbudag Sultan, grandson of Abulkhayir Khan (1428-1468), the ruler and founder of the nomadic Uzbek state. His grandfather was a descendant of Genghis Khan. In 1500-1501 the Shaybanids conquered the capital of Temurid Samarkand, which accelerated the decline of the Temurid Empire and established their own Uzbek Khanate, Bukhara, also known as the Shaybanid Empire.

The formation of the Shaybanid state finally split into two parts: the Khanate of Khiva and the Khanate of Bukhara. In Khorezm relatives of the Shaybanids Arab Shakh ibn Pilada, descendant of Shaybani in the 9th generation, came to the throne. The Shaybanids (1500-1601) remained in the Bukhara Khanate of the ruling dynasties, which later ceded power to the Ashtarkhanids (1601-1756). After the Ashtarkhanids, the last dynasty of the Uzbek tribe, the Mangites (1756-1920) ascended the throne, ruling Bukhara, which had become an emirate until its abolition in 1920.

From 1709 to 1876 there was also the Kokand Khanate in today’s Uzbekistan, which was formed by the Ming tribe of the Uzbeks.

At the end of the 19th century, Central Asia was part of the Russian Empire, and at the beginning of the emergence of the Soviet regime, despite the resistance of the Basmachi against the Bolsheviks, all of Central Asia became part of the Soviet Union and consisted of the Soviet Autonomous Socialist Republic of Turkestan, the Republic of Bukhara and the Republic of Khorezm. From November 27, 1917, to February 22, 1918, there was an unrecognized independent state on the territory of Uzbekistan-the Turkestan Autonomy. In January 1918, after Turkestan Autonomy refused to meet the ultimatum – to recognize the Soviet Union – 11 trains of troops and artillery under the command of Constantine Osipov arrived in Tashkent from Moscow to eliminate the self-declared autonomy. From February 6 to 9, 1918, there were street battles with considerable casualties and destruction, in which more than 10,000 civilians were killed. For many decades, this operation undermined the confidence of the local population in the Russian Revolution, the central and local Soviet union. The response to the liquidation of Turkestan’s autonomy was a powerful national liberation partisan movement, known in Soviet historiography as Basmachi, which was only eliminated by the Soviet Union in the 1930s.

The peasant population of the Uzbek SSR, like that of other republics of the USSR, was collectivized and disempowered. In 1931, more than 3.5 thousand kulak families were expelled from the republic, mainly to the Ukrainian SSR. The population put up resistance – only in January-March 1930 there were 105 armed anti-Kolkhoz speeches.

As part of the USSR, Uzbekistan transformed itself from a backward colonial region into an industrial-agricultural republic with a developed light and food industry, which reinforced heavy industry by the dozen. The largest thermal power plants (Tashkent, since 1971, Syrdarya, since 1975, Navoi, Angren) and hydroelectric power plants (Charvak, since 1972) were built, and the development of gas (Gazli field, since 1961) and oil fields began. Completely new branches of mechanical engineering (electrical engineering, radioelectronics, instrument making, chemistry, aviation, etc.) were created for the Republic. New large cotton-growing areas were created and Uzbekistan became a powerful cotton base of the USSR. 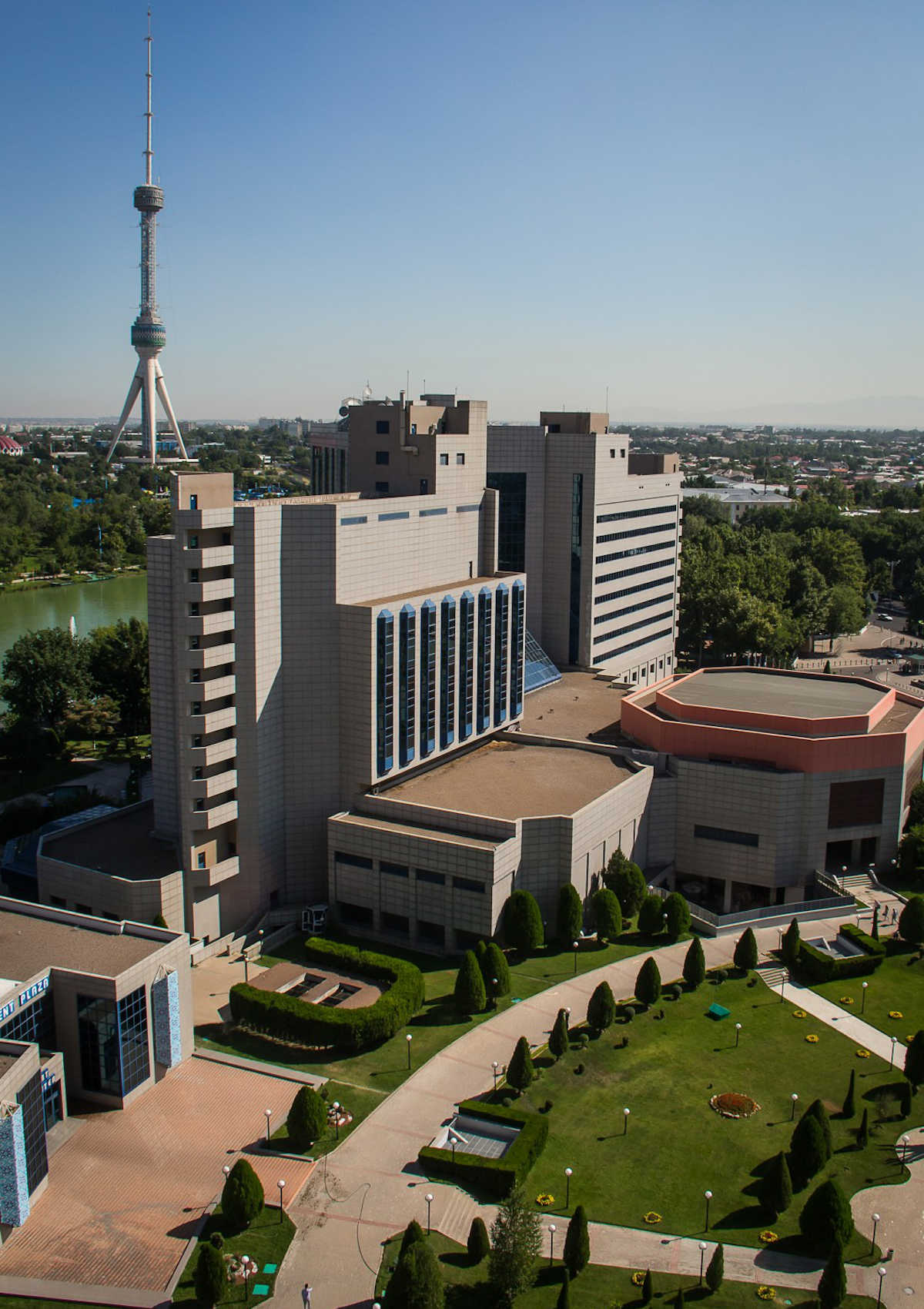 The constitution of Uzbekistan was adopted on December 8, 1992.