Due to its geographical location, Kazakhstan is a unique region for tourism. Situated in the centre of the Eurasian continent, it is a special natural complex that has absorbed the most magnificent elements of the landscape of both parts of the continent. To be sure that this statement is true, it is enough to take a car trip from the north to the south of the country. After covering a distance of 1800 km, you will cross four landscape zones – forest steppe, steppe, semi-desert and desert.

Such a variety of natural zones indicates the richness of the country’s flora and fauna. According to zoologists, Kazakhstan today has over six thousand plant species, about 500 bird species nest in the country, 107 fish species live in rivers and lakes.

The network of national nature reserves is being created to preserve the wealth of flora and fauna in Kazakhstan. The most famous of them are: “Aksu-Zhabagly”, here live under the protection of the state: snow leopards, Tienshan brown bears, long-tailed marmot, lynx and wolves. “Korgalzhyn”, where the world famous pink flamingo nests. The Kuludzhun Nature Reserve is a common habitat for the Grey Crane, Booted Eagle, White Egret and the Zaisan Roundheaded Lizard. Markakol Reserve, one of the attractions of the park – the huge lake Markakol (length – 38 km, width – 19 km), in whose waters lives a native species of Siberian lenka. 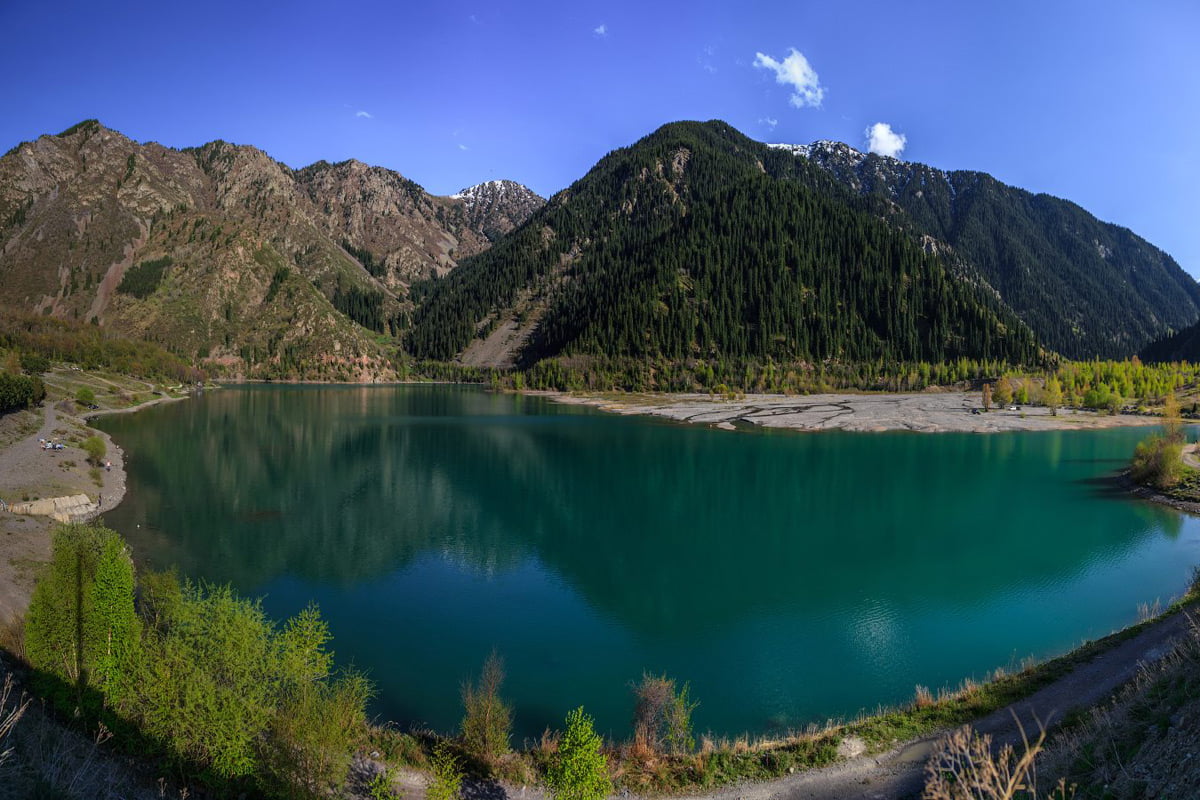 These and other nature reserves in the country have been open to tourists for some time. Thus, in addition to mountain and ethnographic tourism, which we will discuss later, Kazakhstan has created an impulse for the development of ecotourism – a form of recreation that is very popular in the northern regions of Russia and in several European countries. For reference: ecotourism – a variant of spiritual travel for which the main motivating factor is the natural environment or its individual elements: landscapes, certain types of plants or animals, etc.

Belukha, Marble Pass, Ulytau, Kok-Kol Waterfall, Kazygurt, Burkhat Pass – this is only a short list of attractions of the mountainous part of Kazakhstan, which is visited annually by hundreds of fans of active recreation from near and far. But of course the northern part of the Tien Shan mountain range, or Zhetysu (Seven Rivers) as it is called by the locals, is rightly considered one of the most important natural symbols of the Republic. It is a unique place. In ancient times, Zhetysu was a crossroads of many trade and military routes.

Kazakhstan is a country with a unique culture and a rich historical past, so it is not surprising that ethnic tourism is one of the tourist destinations in this region. In almost every corner of the republic a visitor interested in the real life of the Kazakh people with its traditions, customs, creativity and culture will find a variety of interesting activities. Some examples: one of the most famous sights of the Zhambyl region is the Bercara Gorge, which is located in the Bercara State Nature Reserve. There are 504 tumuli in the gorge, 4 of which, according to historians, belong to the ancient Sakian period. Moreover, there is a rumour that Genghis Khan and his numerous armies once stayed in the lands of today’s Bercara Nature Reserve.

There is a museum complex of Zhambyl Zhabayev on the territory of the Almaty region. The complex includes: a former poet’s house, garage and garden, and an administrative building. There is also a mausoleum of Khabayev on the territory of the museum complex. Thanks to the efforts of the caretakers in the poet’s house, many things that belonged to the owner have been preserved almost in their original form.

In general we can say that this historical monument is a visual feature not only of Zhambyls way of life but also of the period in which the poet lived and worked.

Besides the concrete historical monuments characterizing the life of the Kazakh people, there are so-called national parks in a number of cities of the country, the largest of which is the ethno-memorial complex “Map of Kazakhstan “Atameken” in Astana. The “Atameken” is a unique open-air museum. On the map there are 14 regions and 2 cities – Astana and Almaty. The natural climatic zones and landscapes of the country are presented here for the attention of the visitors, as well as the most important sights and historical monuments of Kazakhstan in miniature. The territory of the ethno-memorial complex is 1.7 hectares.

Another direction of Kazakhstan tourism branch, which has received a considerable development impulse in recent years, is water tourism. Kazakhstan is not only a steppe region, it is also a land of rivers and lakes. The largest number of water bodies is concentrated in the southeast of the country, in the region with the symbolic name of Zhetysu (Seven Rivers). Almost all the rivers of Zhetysu belong to the basin of Lake Balkhash. They are very popular with tourists (both local and foreign): Ili, Charyn, Koksu, Karatal and Chilik.

Ili, which is formed by two rivers – Tekes (Kazakhstan) and Kunges (China). It rises in the mountains of China, flows through Kazakhstan (the Kazakh section of the river is 815 km long) and flows into Lake Balchash. Ili is the third largest river in Kazakhstan and at this value it only loses out to the world famous Irtysh and the Urals. 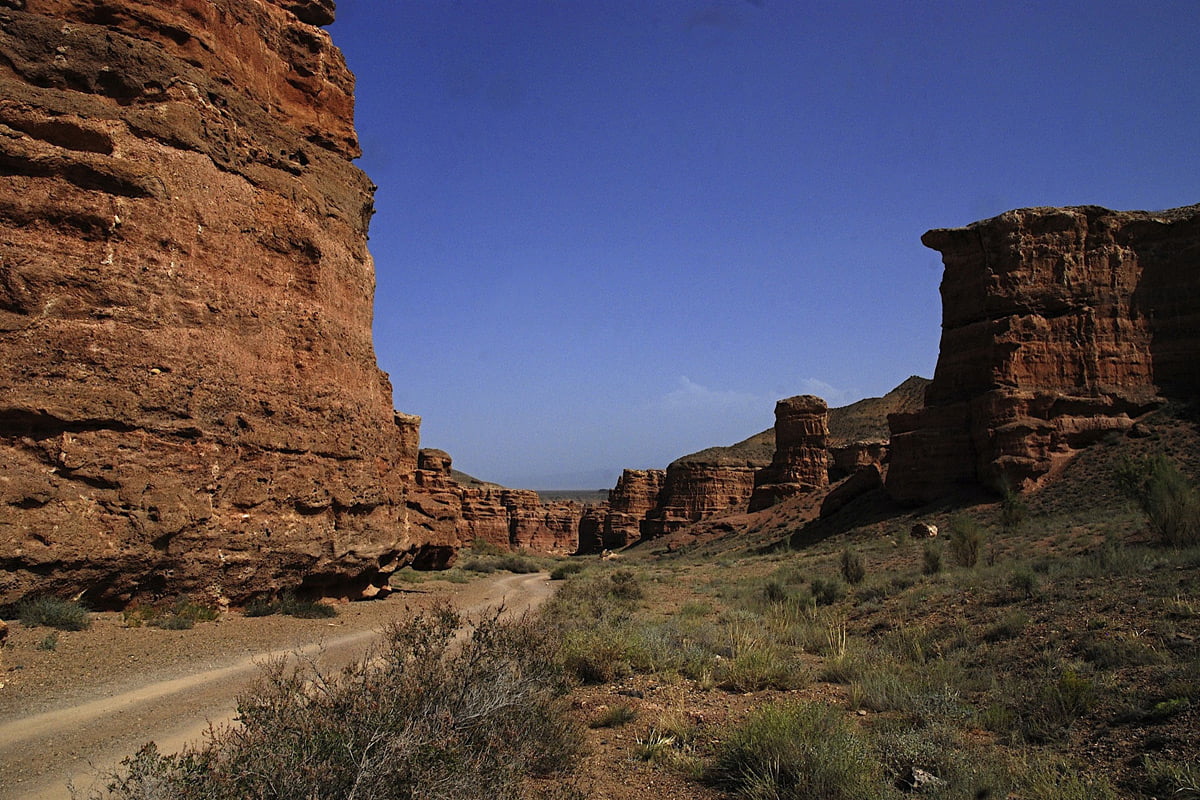 Charyn is a raging, stormy river. The water is carried by many small tributaries and a large one, the Temerlik. The river has several groups of rapids – “Munai Cascades”, “Toothbrush”, “Tau-Teke”, “Saigak” and “Armadillo”. In the area of Kuluktai Mountains, the Charyn River flows through a gorge that reaches a depth of 400 metres.

Koksu comes from the Baskan glacier, which is located on the north-western slope of the Djungarian Alatau. In its upper part the river valley is rocky. The maximum flow velocity is 37 m per second ( in the area of Sawcho Koksu). A rafting programme for tourists on the Koksu River has been developed.

The Chilik is the biggest river in Zailiysk Alatau. The mouth of the river is located on the eastern slope of the Chilik-Kemin mountain (altitude 3350 m). On its way to Lake Bartogai, Chilik overcomes the Jalanash valley and the Upper, Blue and Bartogai gorges. The Cilik is a typical mountain river with stormy waters. The channel width is 5-6 m in the upper part, 10-15 m in the middle part, the maximum depth is 1.5-2 m. 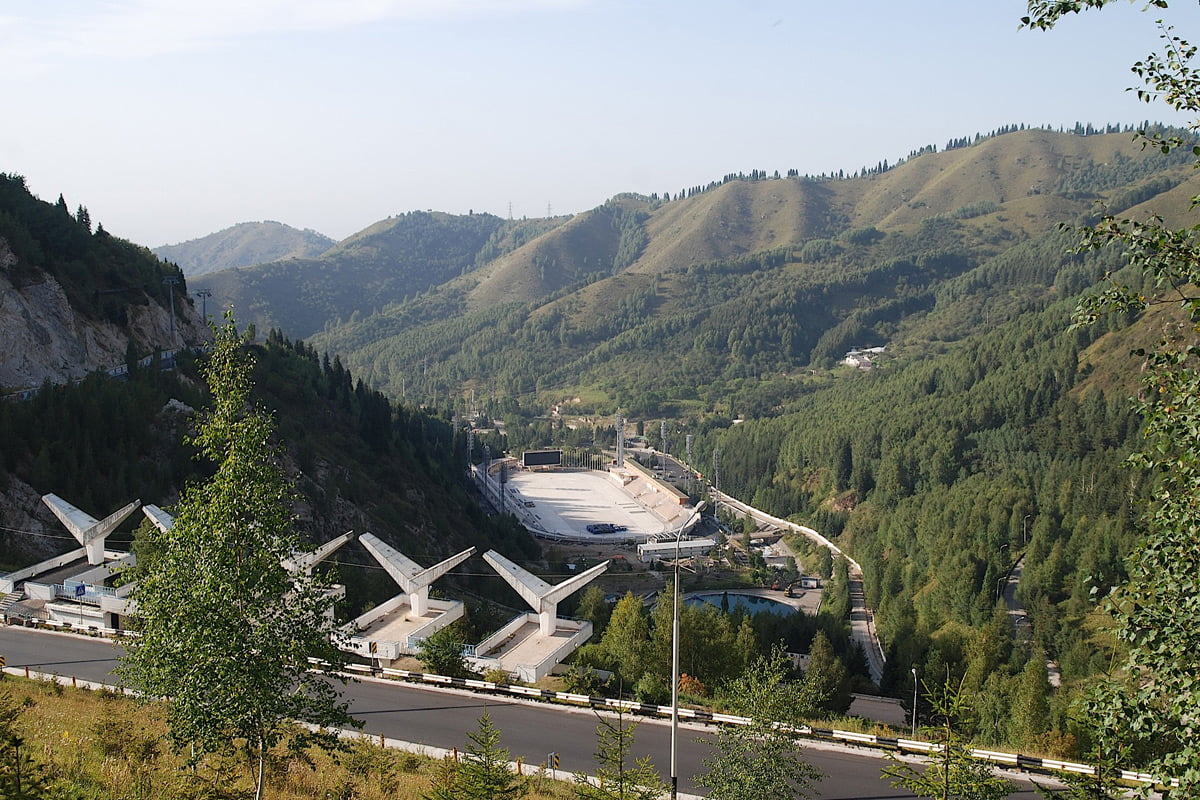 As you know, Kazakhstan hosted the Asian Winter Games in 2011. The choice of another country to host the White Asian Winter Games was not accidental, because one of the country’s priorities was and is the promotion of winter sports. As early as the 1950s, Soviet architects created a unique sports complex in Kazakhstan in the Medeo mountain tract at an altitude of 1691 metres above sea level. The highlight of this construction is the largest artificial ice rink in the world, which for decades has attracted fans of active recreation from all regions of the country and abroad. The total area of the skating rink of the ice rink is 10.5 thousand square metres. The unique system of artificial freezing of ice allows to maintain a high quality of coverage for more than 8 months a year. Since the establishment of SC “Medeo” 170 world records have been set on its ice rink. 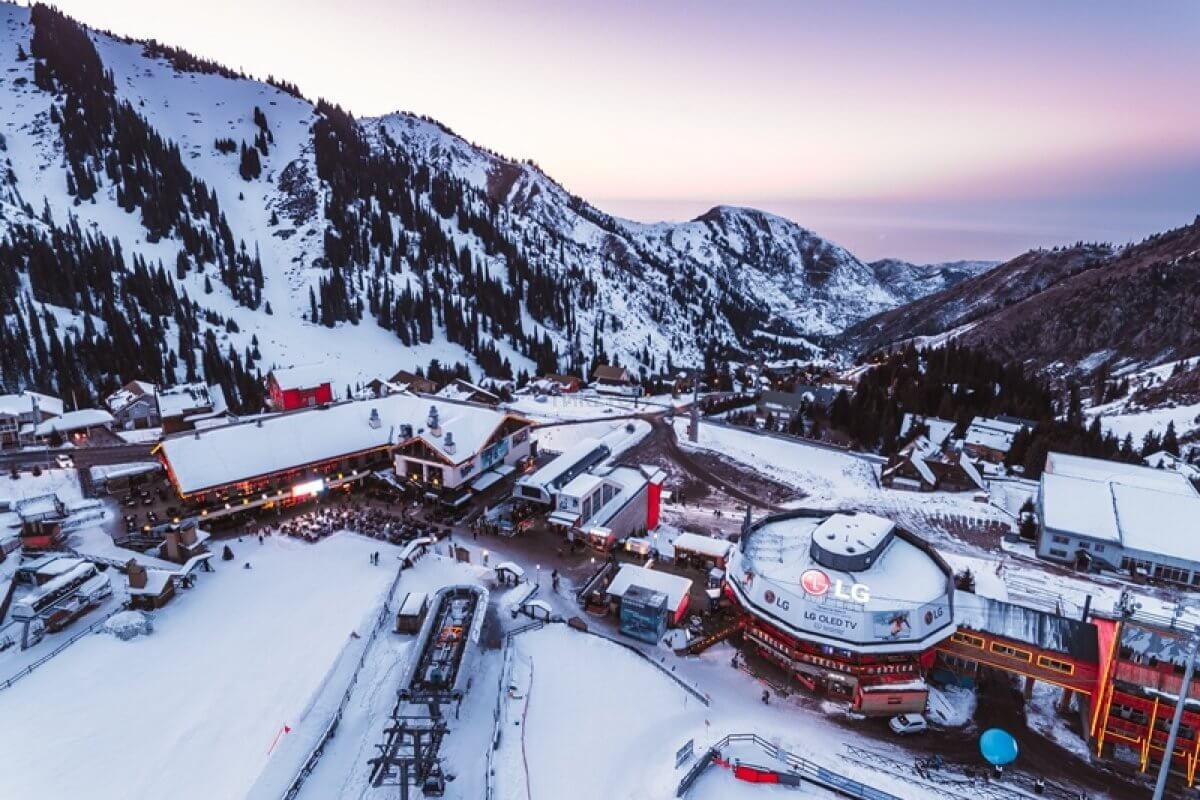 Another major sporting attraction of Kazakhstan, which is also related to winter holidays, is the “Shymbulak” ski resort. The ski resort is located in the gorge of Alatau Zailiysk (25 km from Almaty). Snow lies here from November to May. On “Shymbulak”, sunny weather is registered more than three hundred days a year. The average snow cover on the mountain slopes is 150 cm. The ski slopes are equipped with cable lifts. The resort includes the hotel of the same name, which can accommodate up to 114 tourists at a time.