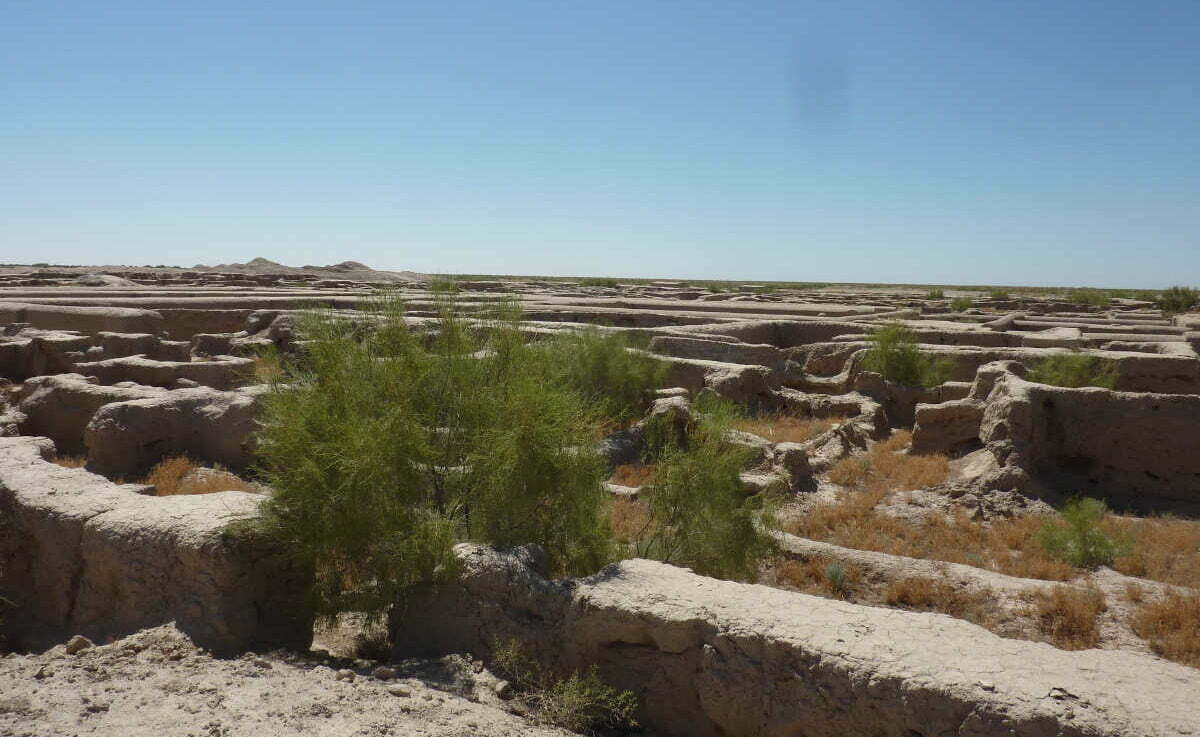 The ancient “land of Margush”, mentioned in the ancient Persian cuneiform inscriptions and where Gonur Depe is located, was known in its “early days” as “Mowru” – this name is recorded in the book Avesta, which is sacred to all Zoroastrians.

The ancient Greek authors rewrote the word “Margush” as “Margiana” and under this name the land, of which almost nothing was known, entered world history.

For a long time, no one knew the exact location until the middle of the XXth century when the academic V.V. Using ancient written evidence, Struve proved that the land of Margush was located in the basin of the ancient Murgab Delta in south-eastern Turkmenistan.

However, there is also another version, according to which Margiana was located in the upper reaches of the river, in the Merverud region. Some scholars believe that it included not only the delta, but the entire Murghab basin.

However, this contradicts the totality of the data available to us. In fact, only the Murghab delta is densely populated with monuments from the III-II century BC.

The archaeologist Victor Sarianidi was the discoverer of the land of Margush, which existed on the territory of present-day Turkmenistan in the III-II century BC. The Turkmen-Russian expedition led by archaeologist Victor Sarianidi also discovered the territory of Margush in the III-II century B.C. The Turkmen-Russian expedition led by him has been conducting excavations in the capital of the land of Margush, Gonur Depe, a city with palaces, temples and royal tombs in the ancient delta of the Murghab River for about half a century.

A burial site in the Takhtabazar oasis is known from this period, and it too belongs to tribes that moved from Bactria to Margiana. In any case, despite a targeted search, archaeologists have not found any other monuments of this kind.

But the lack of results is also a result, especially since this search laid the foundation for large-scale research into possible traces of prehistoric man in the Karakum Desert more than thirty years ago.

Now, a completely unknown culture has been discovered in the vastness of one of the world’s largest deserts. It is a culture because dozens, if not hundreds, of ancient settlements that made up the mysterious Margiana of the Bronze Age have been discovered.

Moreover, the boundaries of the area were marked out. Many rivers dried up, crops burned in the fields of ancient farmers. At the same time, the alluvial plain of the Murghab represented a “paradisiacal oasis” whose fertile land knew no lack of water.

Tribes fleeing the drought came to this valley and found their new home here – a true earthly “Eden” that was then on the edge of the civilised world.

It was not until the last centuries of the III millennium BC that new settlements of farmers who came from the far west began to appear along the waterways of the ancient Murghab Delta.

They appreciated this fertile land and began to build the first settlements and cities. The complete lack of stones in the Great Murghab Plain forced the newcomers to adopt many achievements of the southern Turkmen tribes, including the practice of building from sun-dried raw bricks.

They also had to borrow from them (because of the lack of wood for roofing and of wooden pillars to support the roofs) the technique of building domes, which was known to the local peasants a thousand years before the events described above.

Evidence of this can be found in the dome tombs discovered by archaeologists during excavations of early agricultural settlements dating back to the IV millennium BC near the Geoxur railway station.

Thus, the newcomers used the achievements of the natives and transferred their skills to them to settle in the Murghab Delta for a long time. Thanks to the diligence of the Margushes, these lands produced large yields of wheat, barley and other grains that were more than sufficient for a comfortable life.

Moreover, surpluses remained. They were probably sold on the side, and the proceeds were used to build monumental structures for religious and secular purposes, which in turn contributed to the flourishing of crafts and the appearance of professional artisans: bone carvers and stone cutters, blacksmiths and jewellers, whose products are still admired today.

The inhabitants of the Margush built their first settlements on the edge of the delta, where small palaces and temples such as Gonur Depe soon sprang up. Thus, in the last centuries of the III millennium BC, an autonomous irrigation oasis was created in the northern part of the delta, which today is called Kellelii.

Parallel to the construction of the oasis, the capital Margush was built. After the newcomers had settled, they probably immediately began to build a capital.

At that time, great importance was attached to the location. Since they had calculated that the natural water drainage of the Murghab begins at the source of the delta fan, they built their centre there.

The settlers’ special attitude towards the construction of the city is also reflected in its general design. They built a huge fortress with strong defensive walls and rectangular towers in the centre, in which a complex palace was built for the tsar and his family.

The ancient builders chose the highest location for the palace – a natural hill that rose almost a metre above the plain and provided the necessary all-round visibility and optimal tactics for a possible long siege. Of course, the Kremlin also served as protection for the temples.

It is obvious that this huge palace and temple ensemble was built according to a preliminary plan and was a city for the king, the ruling elite and the priests.

Various cultic ceremonies, sacrifices and communal meals were held here. By the end of the 3rd millennium BC, Margiana had its own independent school of architecture, which held a special position in the Near and Middle East.

Some buildings were secular (the palace), others cultic (temples); the latter also differed in their purpose (the fire temple, the water temple, the sacrificial temple, the complex of collective refectories), which conditioned their different planning.

In short, even the most general and concise descriptions show how difficult the task of building a huge palace and temple complex was. Everything here is striking.

These include the ancient architects’ magnificent knowledge of the basics of astronomy and geometry – in some cases the axial direction of the outer walls is aligned with the countries of the earth with astonishing accuracy.

And perfectly right angles of the rooms! – It is still not clear how the masters of Gonur Depe created them in the land of Margush. The raw clay mixed with chopped straw was pressed into special wooden moulds (approximate dimensions 55 x 30 x 15 cm or 45 x 20 x 10 cm) and dried in the sun until it was almost hard as stone, just like today.

Such mud bricks were used to build the huts of the poor and the magnificent palaces and temples of the first cities of the East. Experts have estimated that several million moulded bricks were needed for the construction of the Kremlin and the Gonur Palace alone.

The masonry was fixed with liquid clay mortar and the walls were plastered on both sides with the same clay mortar mixed with straw. This plaster was smoothed to an almost mirror-like sheen when necessary. 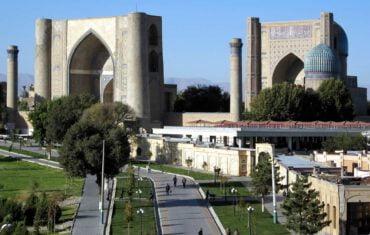 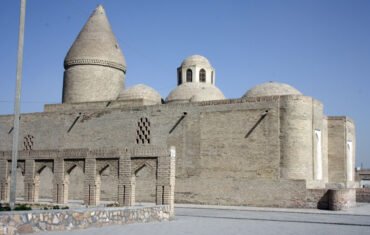 Legend of the Mausoleum Chashma Ayyub 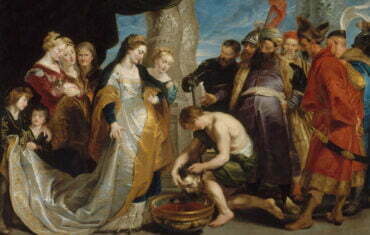