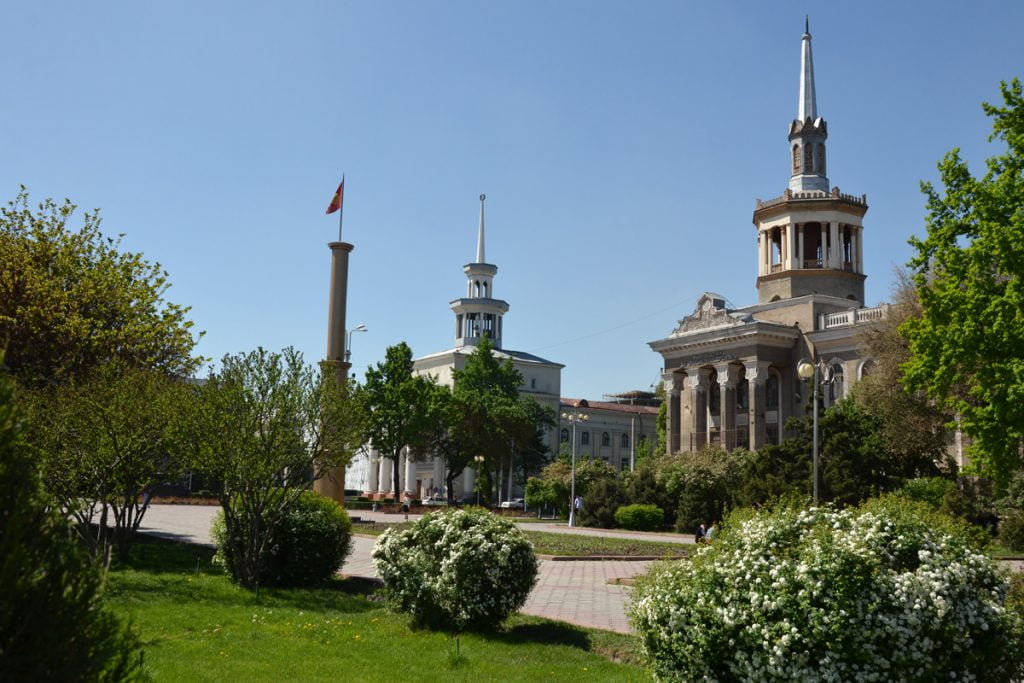 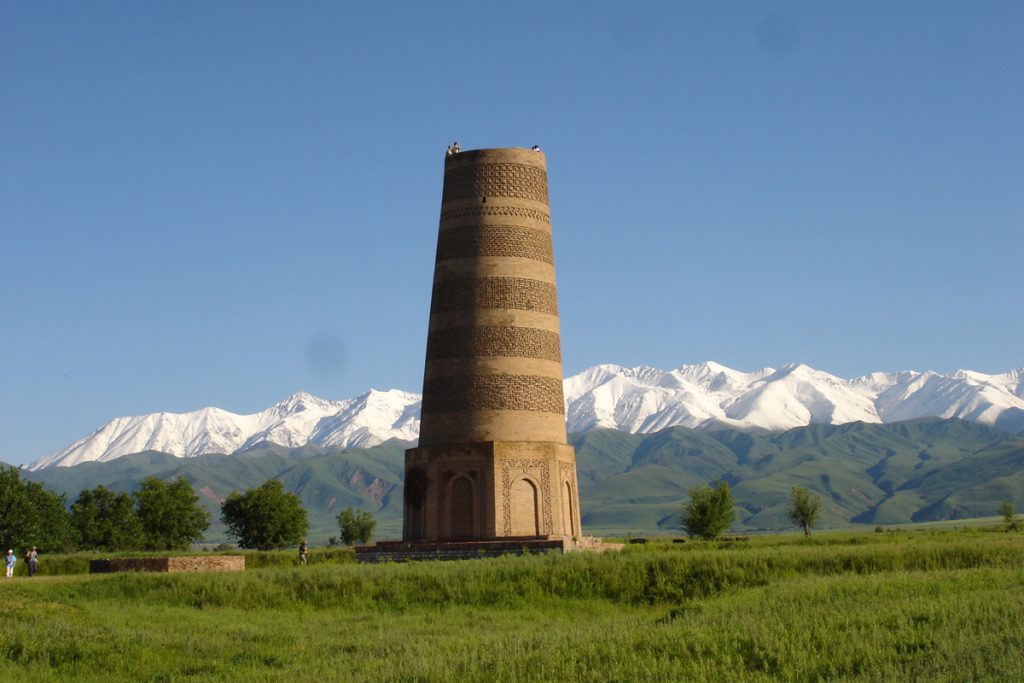 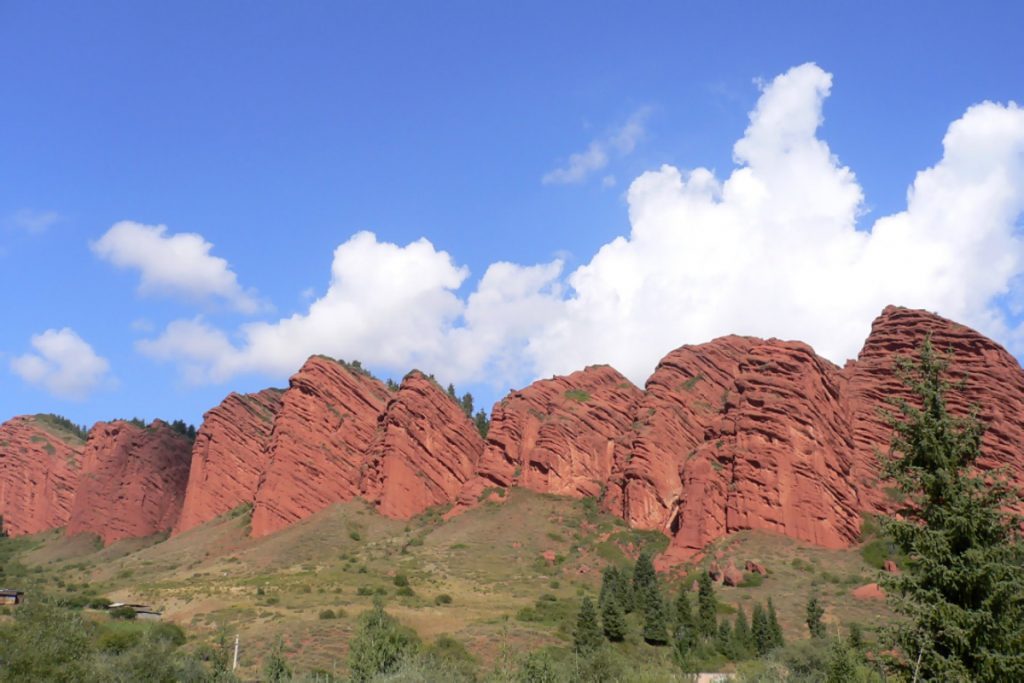 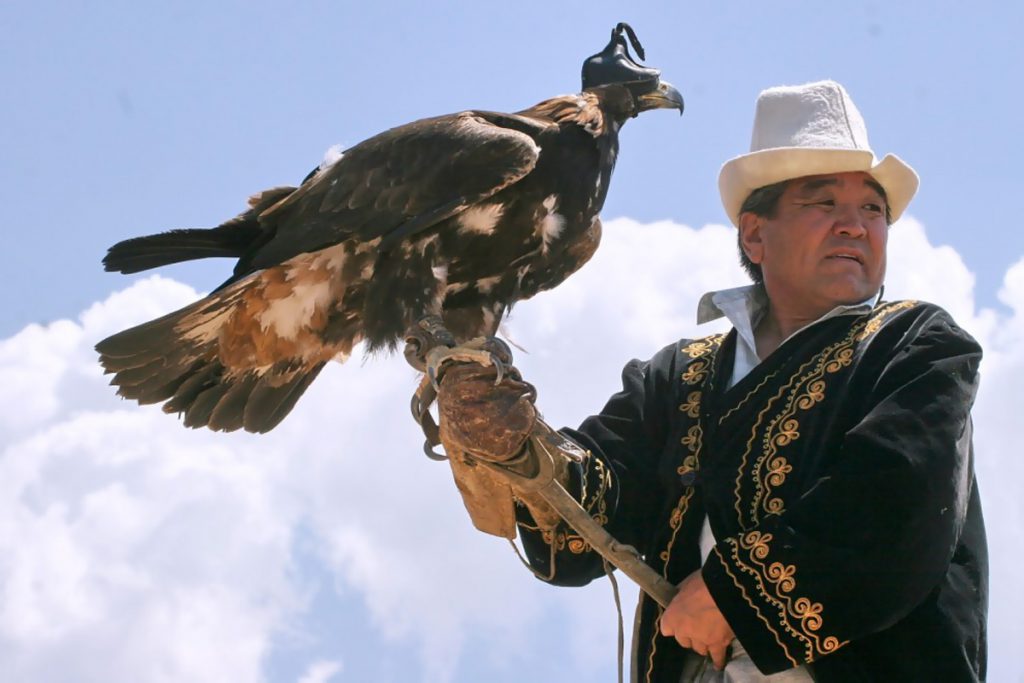 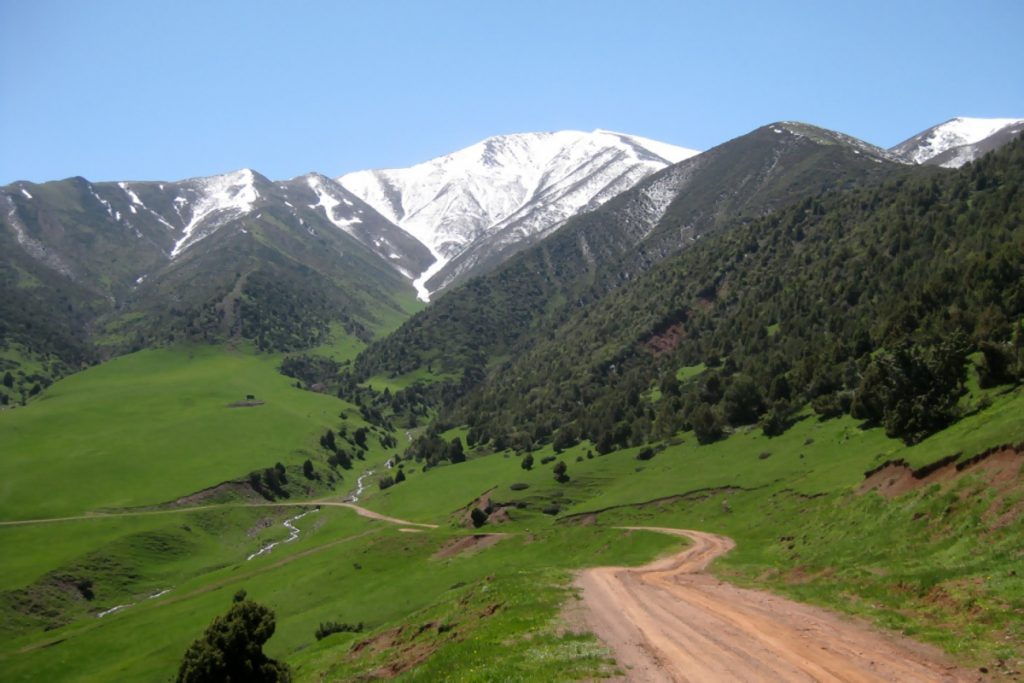 One of the most famous and popular holiday destinations is Lake Issyk-Kul, which means “warm lake”. Despite the fact that the lake is located high in the mountains, it never freezes. The water temperature reaches +24 degrees Celsius in summer. The entire lake shore is surrounded by sandy beaches. The crystal clear water surface combined with the mountain air creates a unique microclimate, as close to the sea as possible. It should also be noted that there are many hot mineral springs and healing muds near the coast.

Kyrgyzstan attracts foreign tourists thanks to its connection to the Great Silk Road. The country was a “bridge” between West and East. Three branches of the famous Silk Road were located on the country’s territory: the Pamir-Altai and the southern and northern branches that ran over the snowy Temir-Too and Pamir passes.

Since ancient times, Kyrgyzstan’s territories belonged to the zone of highly developed Central Asian civilisations and served as a “transshipment point” for intercontinental trade. The development of trade led to the interpenetration of cultures and, as a result, to the growth of cities, science and crafts. One of these cultural centres at the crossroads of the caravan routes is the ancient city of Osh.

Day 2: Bishkek – the Capital of the Nomads

Day 8: Early Morning Transfer to the Airport and Departure

Arrival at Bishkek. Transfer to the Hotel.

After breakfast we will visit Pobeda Square (Victory Square), Duboviy Park (Oak Park), the Central Ala Too Square, the Ancient Square, the National Philharmonic Hall and many other sights. In the Afternoon we visit the Ala Archa Gorge, a National Park. In Soviet-era only V.I.P. people had permission to walk here. The Ala Archa Gorge is located on a spur of the Tien Shan Mountains, about 45 km from Bishkek. We make an easy hike and have a fantastic Panorama View of the Gorge. Afterwards we return to Bishkek. Dinner at a local restaurant. Overnight stay in a 3-star hotel.

After breakfast drive to Bishkek → Burana Tower (11th century) and continue to Chon Kemin Gorge. In the afternoon 3 hours Horse Riding in the Mountains. The Route leads up into the Mountains and we ride through a Mountain Forest. At the top we will have a unique Panorama View of the Gorge. Dinner and Overnight stay with the Family (total distance: 148 km).

After breakfast Drive: Chon Kemin → Issyk Kul Lake, the second largest Mountain Lake in the World (1608 m above sea level). We have the possibility to go into the water or just relax on the beach. We continue our tour to Karakol. In Karakol we visit the Dungan Mosque. It was built in Chinese Style without using a single Nail. The visit of an old Orthodox Church follows. Dinner and Overnight stay at the Guesthouse (total distance: 300 km).

After Breakfast Drive: Karakol → Jeti Oguz Gorge. The Gorge is known for its red rock formations. There we hike (2 hours) and then we drive to Kochkor. On the way to Kochkor we visit the Village of Bokonbaeva where we meet a local Eagle Hunter. In Kochkor we visit a family that makes national wool felt carpets. Dinner and Overnight with the Family (total distance: 250 km).

After breakfast we drive to the second largest lake of Kyrgyzstan – the Song Kul Lake. This Lake is surrounded by Mountains and is the highest Mountain Lake in Kyrgyzstan, at an altitude of 3013 meters above Sea level. We make an easy hike (3 hours) at the Lake. Dinner and Overnight stay in the Yurt (total distance: 105 km).

After Breakfast Drive: Song Köl → Bishkek. We drive through the most beautiful Mountain Pass (Ashuu) of Kyrgyzstan, so we have a breathtaking view of impressive Mountains and Gorges. Dinner at the local restaurant in Bishkek. Overnight stay in a 3-star hotel (total distance: 305 km).

Day 8
Early Morning Transfer to the Airport and Departure (-/-/-)

$ 1,500 You have group discount in this trip.Group Discount

Hiking and Riding Tour in Kyrgyzstan