Bukhara is an oasis city, the largest settlement in the middle of the desert. The city, once situated on the Great Silk Road, is one of the oldest – the history of Bukhara goes back over 2500 years.

Bukhara embodies the centuries-old history of ancient traditions with Islam. It is a city with an incredible atmosphere of wisdom, holiness and teaching. Once you arrive in this city, you find yourself in another world and on another planet. An incredible mix of cultural, religious and ethnic civilizations made Bukhara a city of unforgettable experiences.

Zoroastrians, Christians, Jews, Buddhists lived on the territory of Bukhara region. At the end of the IX century Bukhara became one of the most important Islamic and cultural centres in Central Asia. For several centuries travelers, pilgrims, preachers and researchers have been coming here. Bukhara is a pearl of scientific, religious and philosophical knowledge.

The religious and scientific personalities of their time lived and studied here: Alisher Navoi, Abu Ali ibn Sino, Al-Bukhari and many others. They were the most famous followers of the spiritual-philosophical teachings of Sufism. Their knowledge has been preserved in this country. They created incredible material and immaterial monuments, made discoveries and built madrasahs and mosques of unimaginable beauty.

The first historical records were made by Narshakhi in “History of Bukhara” in the 10th century. In his work he described the ancient fortress of Ark, which can still be visited today. Like Samarkand, Bukhara passed from one conqueror to another for many centuries. All inhabitants of Bukhara remember their rulers and know them very well.

After the capture of Alexander the Great, the Greo-Bactrian Kingdom was formed here. Then such states were formed as Kushan Empire, Hephthalites, Turkish Kaganate, Arab Caliphate, Samanid Empire, Kara-Khanids, Karakitais, Choresm Shakhs.

In the XIII century there was a Mongolian invasion. The legend says that after the conquest of Bukhara, Genghis Khan came to his main minaret Poi-Kalyan to visit the tower. He raised his head and from his head he rolled off his battle helmet. The conqueror leaned behind him and then smiled: “I conquered Bukhara, but bowed to her minaret” and ordered not to destroy the minaret. 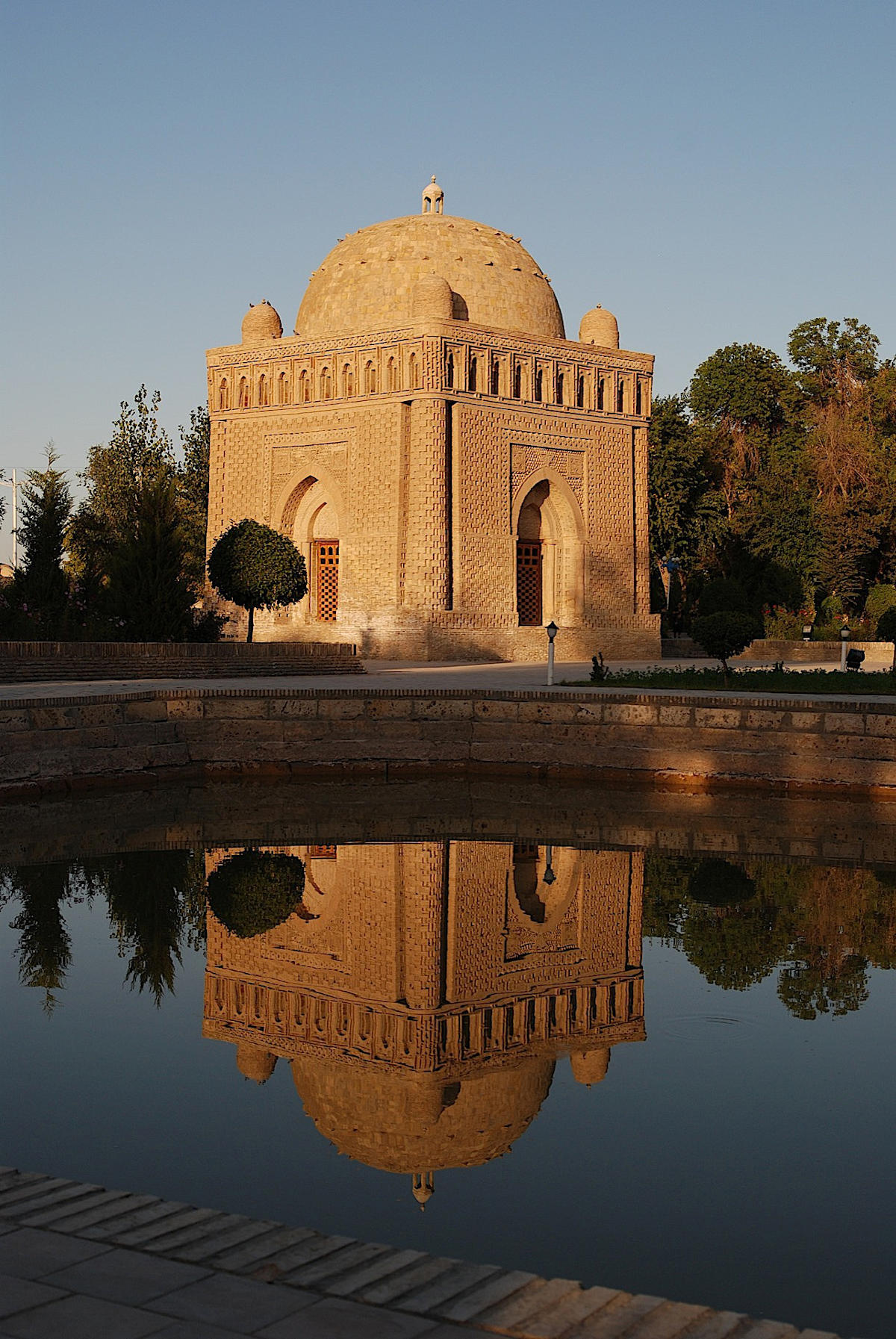 Bukhara flourished during the reign of Amir Temur and Temurids. From the XVI to the beginning of the XX century Bukhara was the capital of the Bukhara Khanate. It was ruled by such famous dynasties as the Shaybanids and Ashtarkhanids. At this time the city reached its peak. The scientific and cultural life developed here. The city got its modern appearance. Large architectural ensembles and complexes were built, which we can admire until today.