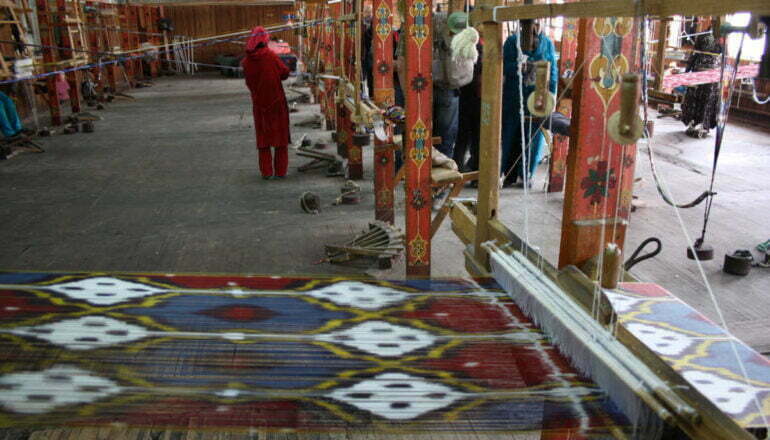 The ancient legend of Khan-Atlas says: “Once upon a time, a ruler of Margilan fell in love with the daughter of a poor artist and decided to marry her by any means. The young beauty’s father was saddened when he heard the news. He decided to go to the palace and ask the Khan not to touch his daughter. However, the Khan replied that he would grant his wish if the artist would create something that would make him forget his daughter’s beauty until morning. The saddened artist came out of the palace and sat down on the bank of the stream. Suddenly he saw in the water the reflection of clouds in all the colours of the rainbow. “O heaven, thank you for sending me this idea!” cried the artist. When he got home, he sketched the picture he had seen – light as a cloud, cool as the mountain air and reflecting all the colours of the rainbow. The next morning, the master came to the palace with his creation. When the Khan saw the unearthly beauty of the fabric, he was stunned. Hence the name “Khan Atlas” (Khan Silk), and the poor artist’s daughter he married to his beloved son.

Many of us love Silk because it is soft and light and because it fits the body comfortably and flows over the figure. Silk is beautiful and we all know that silk is mostly made in China. Later, thanks to the Great Silk Road, it spread to Central Asia, the Middle East and to Europe… This is about the silk from Central Asia.

The term atlas means “smooth” in Arabic. By its nature, the atlas is a dense silk fabric with a special weave (there is a more valuable fibre only at the top), with a shiny and smooth surface.

The Khan atlas is produced in Uzbekistan, with the largest production in the city of Margilan. The production of silk fibre is based, as it was many centuries ago, on the breeding of silkworms. This is a worm that feeds on the leaves of the mulberry tree, as the saying goes.

At present, the entire production is automated; in the past, everything was made by hand. Today, such a hand-woven khan atlas, the so-called khan atlas made of chests, is a rarity. This is because it can only be bought handmade from people’s stocks.

What is the attraction of the Khan atlas? It is the colour. It is unique and inimitable; it is always different. The Khan Atlas is a concentrate of all the colours of the rainbow. It is no coincidence that this wonderful silk was born.

This fabric is very popular in Uzbekistan and is traditionally sewn into suits and dresses for girls and women.

It is elegant and at the same time cooling in the heat. However, there are many different interpretations. From the variety of colours to the material on which this pattern is printed. The khan atlas has become a household name and there are now velvet khan atlas as well as cotton. 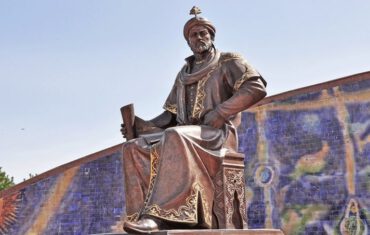 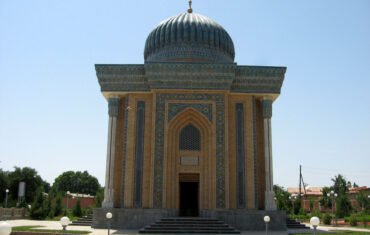 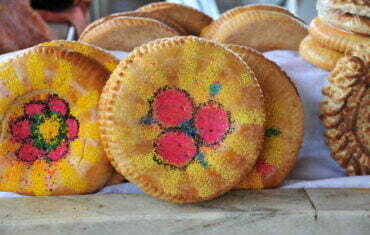