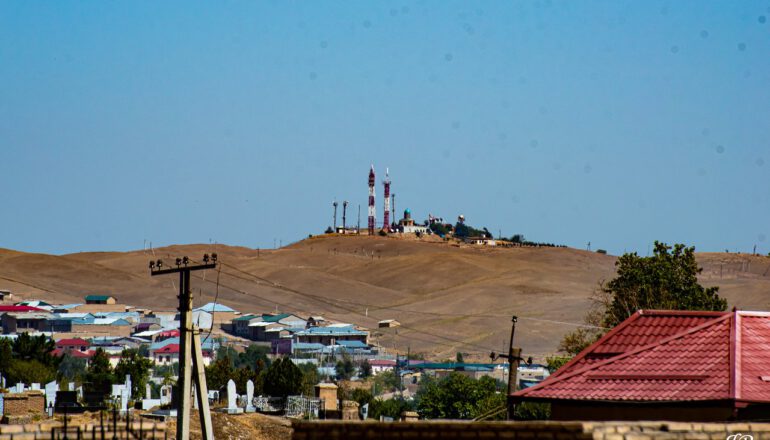 According to legend of Chupan-Ata, a cruel king lived more than a thousand years before the Prophet. He gathered an army of one hundred and fifty thousand men and decided to take Samarkand, exterminate the old and weak inhabitants and take the healthy and beautiful ones into captivity. The cruel tsar decided to take Samarkand and stop where Chupan-Ata is today. The cruel king decided not to attack the city immediately, but to wait three days until the frightened inhabitants would take refuge behind the strong walls of Samarkand and bring their wealth there. “Then we will attack and make more booty, but until then we must be patient,” said the king.

When they saw that a large enemy army was approaching the city, the inhabitants were so frightened that they lost their heads in fear. At that time, the people of Samarkand were still pagans. However, the king of Samarkand was aware that paganism was not the true faith, but a deception. When disaster struck, he therefore ordered all idols to be smashed and broken and the inhabitants to pray for salvation to the God of earth and sky, west and east. The king withdrew into a dark room and prayed for three days without coming out. The inhabitants went up to their roofs at night, bared their heads and prayed. At that time there were no prophets or leaders among them and they considered the previous prophets as impostors. In their distress, they recognised the true God and prayed, “O God of heaven and earth! Take this trouble from our heads, deliver us from the enemy.

In the morning, the surprised inhabitants of Samarkand saw the mountain, on which there was a flat terrain and the enemy camp, of which there was no trace. The daring ones set out to see the mountain, and behind them the whole town rushed, spurred on by curiosity. The people were even more amazed when they saw a man on the slope of the mountain who looked and dressed as if he were a stranger. The man was sleeping with a shovel under his head. He was awakened and looked around in amazement, wiped his eyes and finally asked, “Where am I, what is this place!” He was told the place was Samarkand and asked who he was and where he was from! Then he told them that he was an arable farmer from Syria, that it was his turn to irrigate the field yesterday, that his field was on a slope, that he was tired and fell asleep in the field and didn’t know what to do next. In fact, there were crops all around. Then the inhabitants of the city noticed that the Lord had moved this mountain out of Syria and buried the cruel king and all his army under it.

Even now, various military items such as armour, tanks, spears, arrows, etc. have been excavated here. Anyone can convince themselves that the mountain is indeed a mountain of Syria by comparing the rocks that make up the mountains of Syria with the rocks of Chupan-Ata – they are absolutely identical.

Samarkand is also nicknamed Mahfuza – the preserved one. Why it is called this is clear from the narrative.

According to another version of the legend of Chupan-Ata, the inhabitants saw a shepherd surrounded by a flock of sheep. That is why the hill is also called Chupan-Ata (Chupan means shepherd, Ata means father). 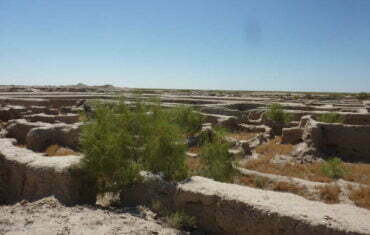 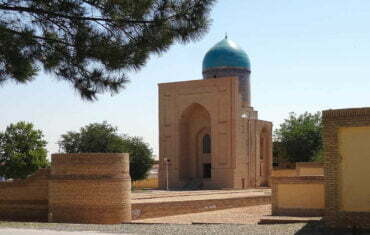 Legend of Bibi-Hanum and the Snake 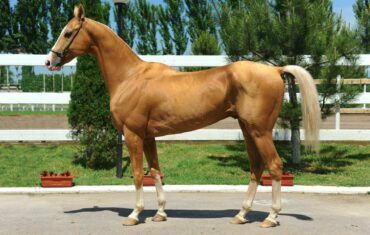 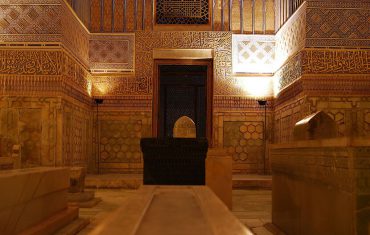